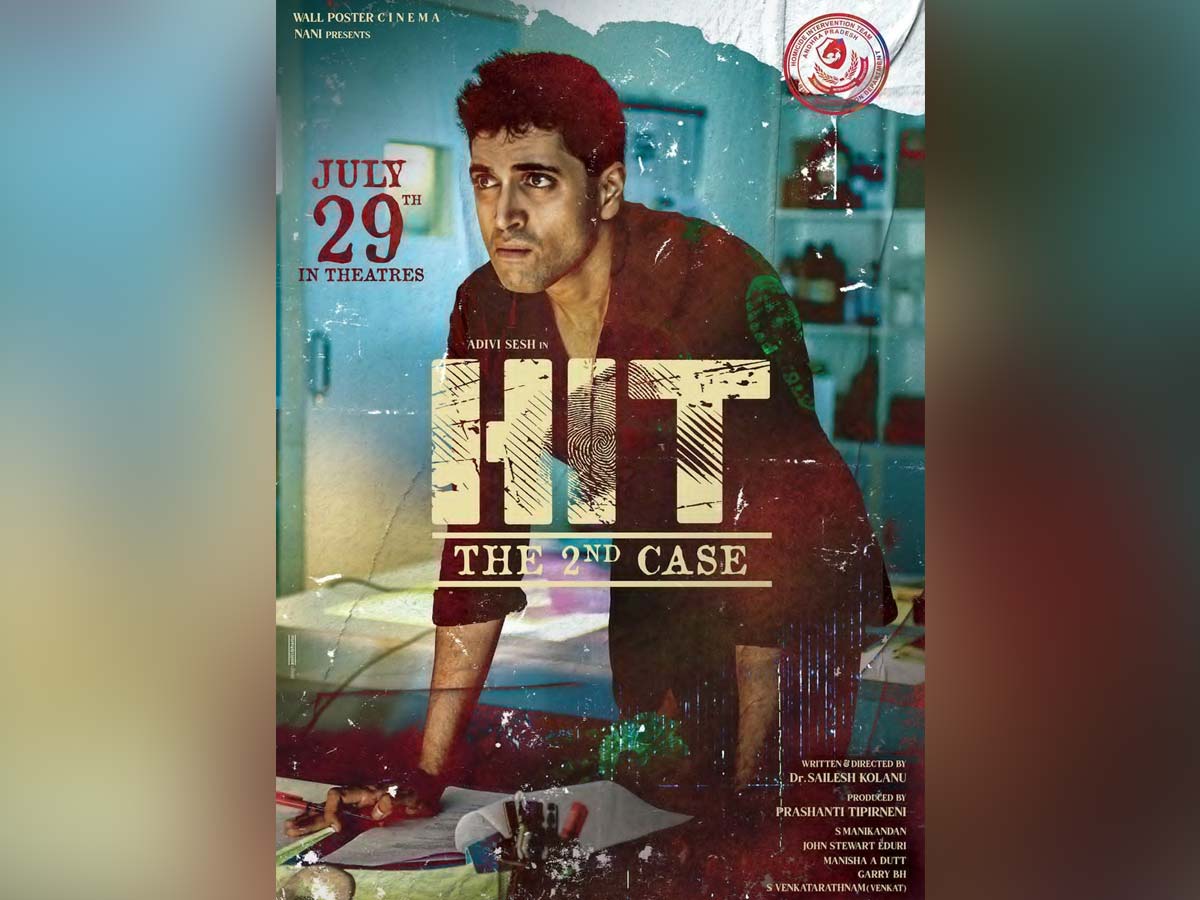 ‘HIT 2: The Second Case’ is an upcoming Telugu film which has Adivi Sesh in the lead roles. It is the sequel to the 2020 Tollywood movie ‘HIT: The First Case’ in which Vishwak Sen played the lead role. Today morning the makers of HIT 2 revealed the release date of HIT 2 at the theaters by sharing a post and new poster on Twitter handle.

Adivi Sesh starrer cop based drama HIT 2 will be released on 29th July 2022 in theaters.  The makers said: The stakes get bigger this time Join KD, the cool cop, on his toughest case yet as the drama unfolds on the big screens from July 29.

It is helmed by Sailesh Kolanu and bankrolled by Nani. Apart from Adivi Sesh, HIT 2 also has Komalee Prasad, Bhanuchander.

HIT: The First Case released in the big screens on 28th February 2020. The movie starred Vishwak Sen and Ruhani in the lead roles. The plot of the prequel revolves around the life of Vikram, a police officer working in the Crime Investigation Department.