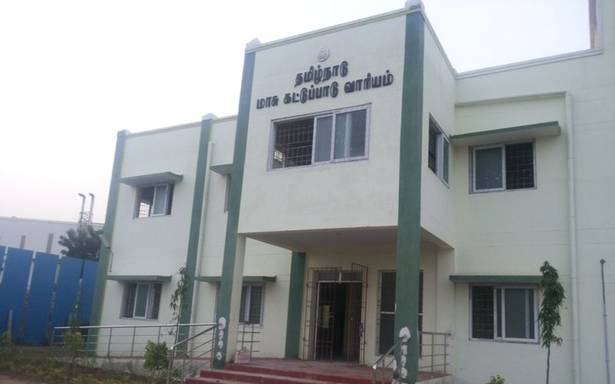 In a significant relief for industrial units, the Tamil Nadu Government has done away with the requirement for them to approach the Tamil Nadu Pollution Control Board every year for getting consent to operate and renewal of consent. The Board will issue the clearance for the entire validity period of an industrial unit on payment of the total consent fee.

“Hereafter, the clearance will be issued at one go, covering the total period,” an official explains. The order was issued by the Department of Environment, Climate Change and Forests on Friday.

The validity period for the red category units has been fixed at five years; for the orange category at 10 years; and for the green category at 14. The order follows the government’s announcement in the Assembly in September, which was part of the ease of doing business policy.

But this will be subject to compliance with the conditions stipulated in environmental clearance issued under the Environment Impact Assessment notification and the ‘consent to establish’ order issued under the laws to prevent and control water and air pollution. Until now, the red category units had to get renewal of consent annually. The orange category units, too, had to get it annually until they operated the effluent treatment plant and implemented air pollution control measures satisfactorily; thereafter, they could get it once in two years. The green category units were required to have the renewal done once in two years.

The official pointed out that though the Board’s rules and regulations had a provision for renewal of consent at one go for the entire validity period, it had not been implemented so far. Now, the government order has got the provision incorporated in it. The decision would be “extremely beneficial” to micro, small and medium enterprises, the official said.

The categorisation of industries is based on their pollution potential and gross fixed assets. As per the latest figures, of the total 49,524 units, 12,153 are labelled red, 26,343 orange and 11,028 green. Non-polluting units are called white. They need not obtain the consent but they need to intimate the TNPCB office.

(With inputs from Dennis Jesudasan)