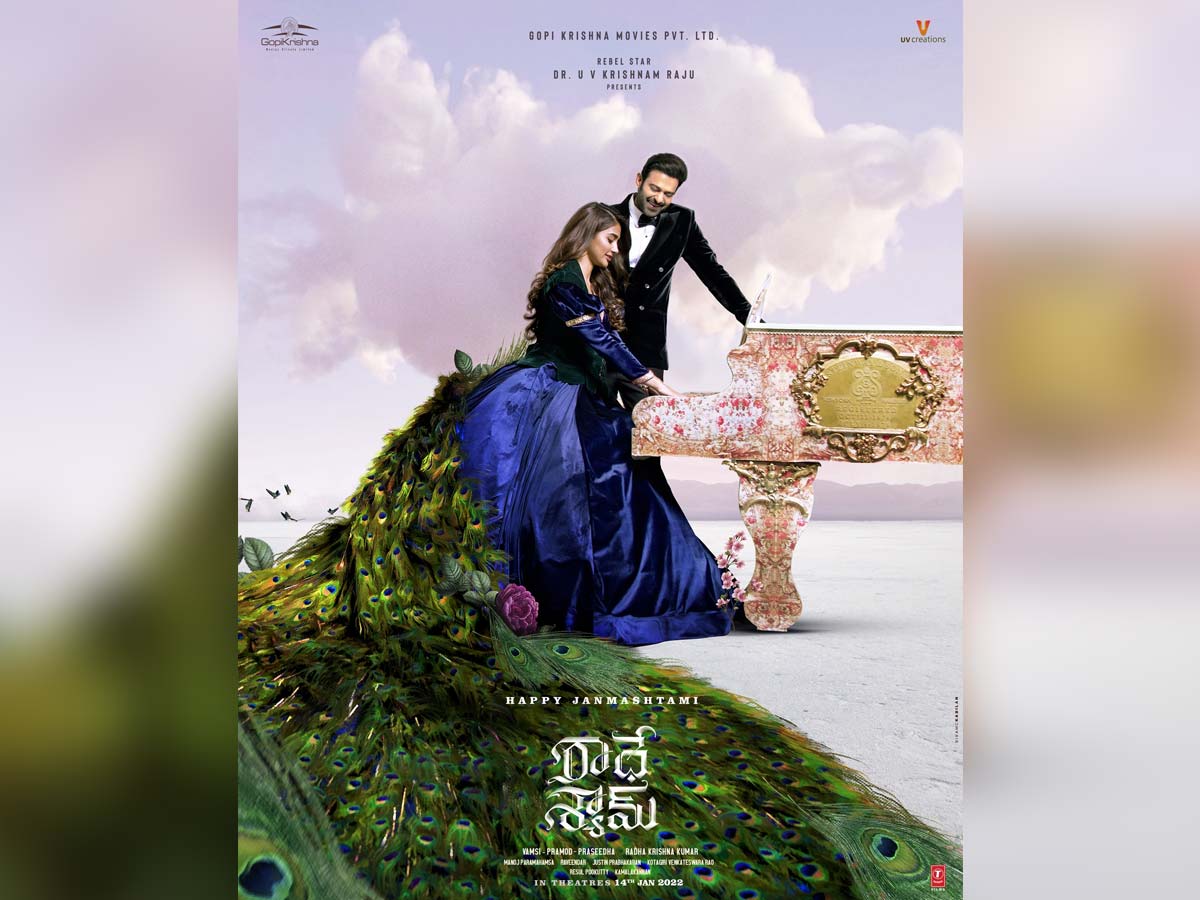 Radhe Shyam is one of the much hyped movies of Indian film industry which stars young Rebel star Prabhas and Pooja Hegde together on the screen.  In this periodic drama, Prabhas will be seen in the role of a lover boy but the movie also has few action episodes. Few days ago, the makers of Radhe Shyam released the romantic song ‘Ee Raathale’  which generated good buzz among the movie lovers.  The lyrics of the song are penned by Krishna Kanth.

In a latest interview, Krishna Kanth made a striking revelation about the song and also shared his review on Radhe Shyam.

Krishna Kanth said, “ Prabhas and Pooja Hegde starrer Radhe Shyam is a love story set in 1970s Europe. There are speculations that  the movie which is helmed by Radha Krishna Kumar is based on reincarnation and that it’s a time travel film.  Few are also speculating that the entire film Radhe Shyam happens during a train journey.” He concluded it by saying that he wouldn’t reveal much and  would keep the suspense.”

According to Krishna Kanth, he has penned 5 songs in Radhe Shyam.  The movie, bankrolled by UV Creations, is slated to hit the theaters on 14th January on the occasion of Sankranthi.