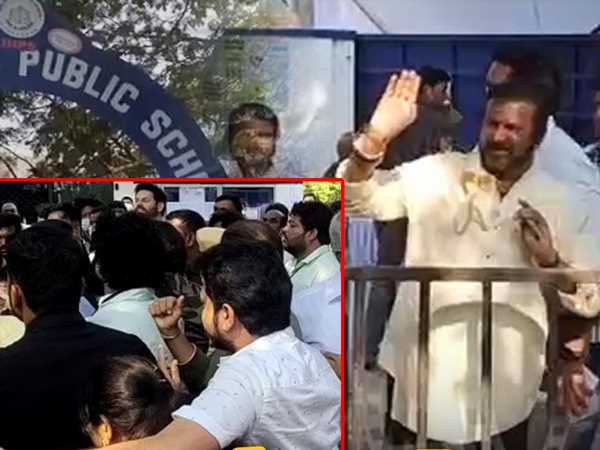 Elections for the MAA 2021 are currently underway in Hyderabad. The  tensions are running high as artistes and technicians from the Telugu film industry turn up to cast their votes. Mega family turned up at the polling booth on Sunday to cast their votes at the MAA elections this year.  It is known that Manchu Vishnu and Prakash Raj are head to head for the president post of MAA. The Telugu  stars like Nandamuri Balakrishna, Nithya Menen, Genelia and others have turned up to cast their votes. The day  started with a bang, when Mohan Babu lost his cool at the polling booth.

The sources say that Mohan Babu was unhappy with how the MAA elections were going while others claimed that he had caught someone rigging votes.  The sources say that Mohan Babu was screaming at actor Banerjee because votes were being allegedly rigged for the opposing party. Vishnu Manchu and Prakash Raj  appeared before the media to give a joint statement, “We do not know who he is, voting is currently happening in a peaceful manner.”

Mohan Babu  lost his cool at the polling booth as an unknown person had allegedly tried to rig votes. And  Vishnu Manchu and his panel members nabbed him. The  sources revealed that the returning officer is probing the incident through CCTV footage.