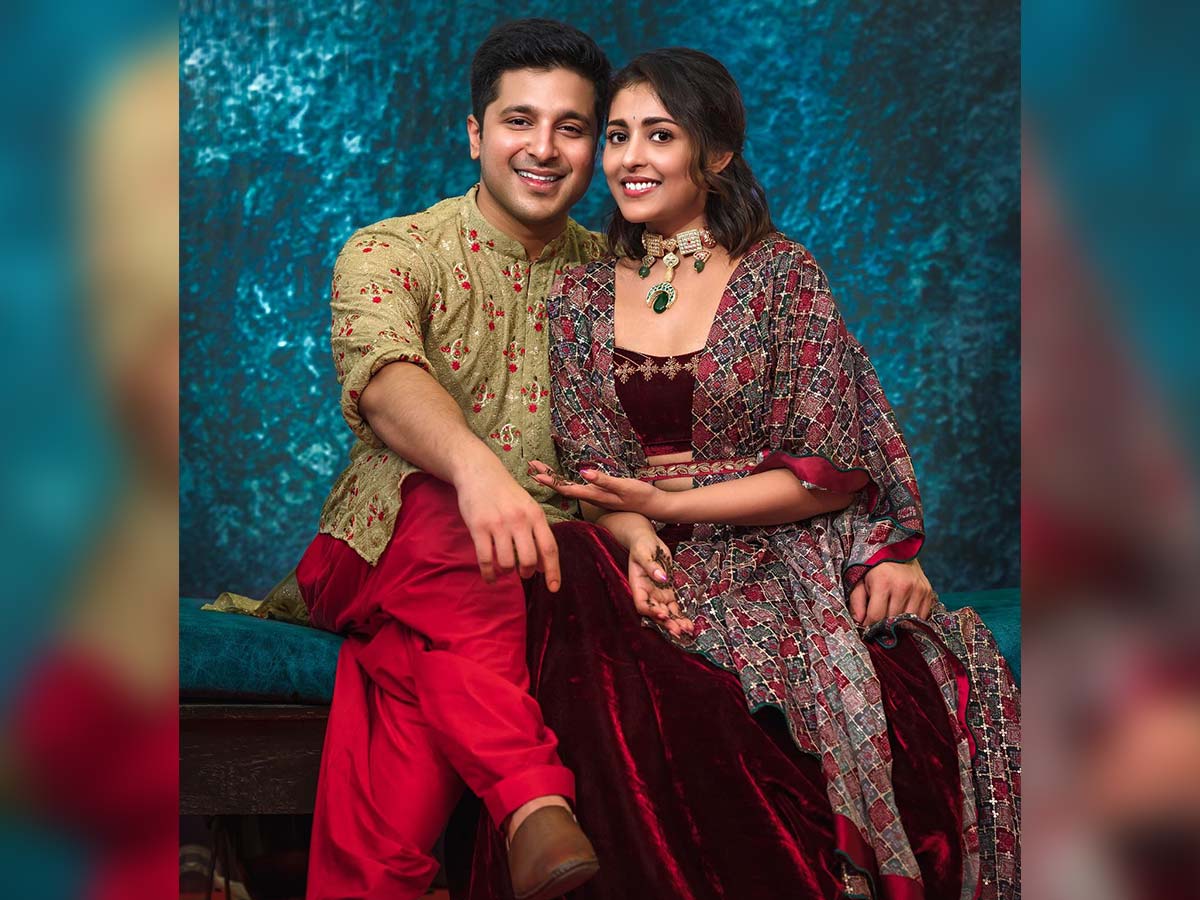 Telugu actress Madhu Shalini tied nuptial knots with Gokul Anand, a Tamil actor on 16th June at midnight in Hyderabad. The wedding was attended by  their family members and the friends. It is known that Madhu Shalini is a Telugu girl and she entered the film industry through Allari Naresh starrer Kithakithalu movie. She received positive response from movie critics but failed to get movie chances in the Tollywood industry. She has also acted in Kithakithalu, Vaadu-Veedu and Goodachari.

The wedding took place at a noted hotel in Hyderabad. Later, the actress Madhu Shalini took to her social media and shared her marriage photographs and wrote, “Thank you for all the love we’ve received. We look forward to the new chapter of our lives with hope and gratitude in our hearts. Love MADHU SHALINI & GOKU.” Their wedding pictures are going viral on the internet and wishing the best wishes to the newlyweds.

Their wedding photographs are going viral on the internet and wishing the best wishes to the newlyweds.  On the work front, recently she acted in a Telugu web series called 9 Hours.

Gokul Anand made his debut as the lead actor with the Tamil movie, ‘Chennai 2 Singapore’  which was released in 2017 and has also played the important role in Thittam Irandu and Naduvan.