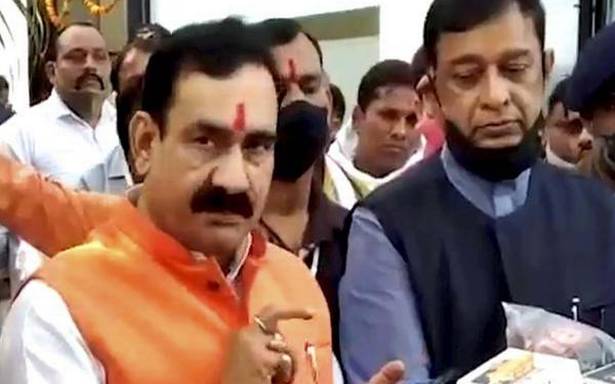 The Madhya Pradesh government on Sunday decided not to conduct the panchayat elections and sent a proposal to this effect to Governor Mangubhai C Patel.

“The Cabinet has decided to postpone the elections as of now. The government has sent the ordinance to the Governor to rescind it. However, further action is the prerogative of the Raj Bhavan followed by the State Election Commission,” Home Minister and spokesperson Narottam Mishra told the media here.

He said the Cabinet had accepted the proposal of Minister for Panchayat and Rural Development Mahendra Singh Sisodiya to withdraw the ordinance for conducting the elections.

On Thursday, the Assembly had unanimously passed a resolution stating that no panchayat election will be held without reservation for the Other Backward Classes (OBCs) after the Supreme Court had directed the State to stay the poll process for seats reserved for them in the local body polls.

The Opposition Congress had staged walkout demanding a resolution not to conduct the elections without OBC reservation during the five-day winter session which concluded on Friday.

In the last one-and-a-half years, the BJP did not hold the panchayat elections citing COVID-19, Leader of the Opposition in the House Kamal Nath said. “When they finally agreed to hold the polls, they were doing so without rotation and reservation. That is why we went to court,” Mr. Nath alleged.

The last local body elections were held in 2015.