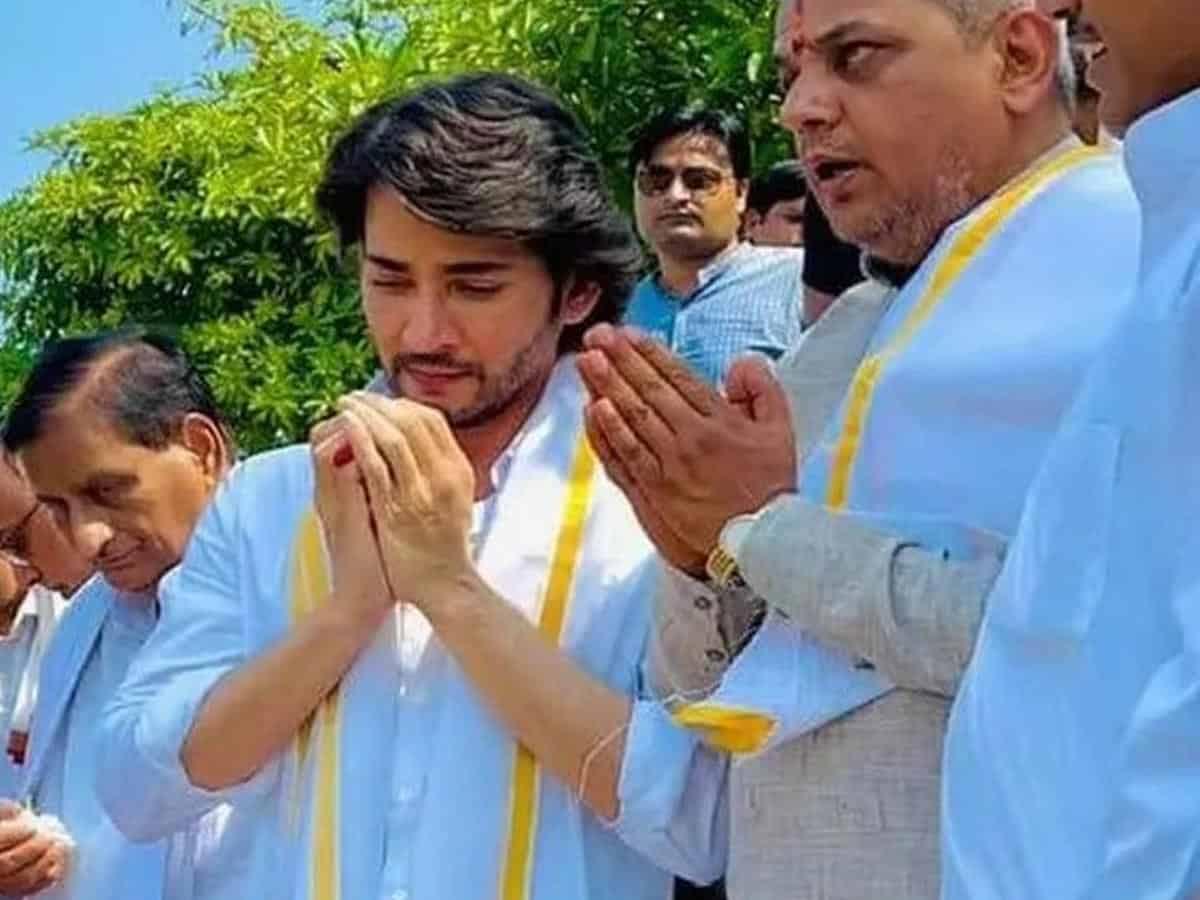 Superstar Mahesh Babu immersed his late father Krishna’s ashes in the Krishna river at Undavalli in NTR district on Monday. Amidst the chanting of vedic scholars, Krishna’s remains were immersed at Dharmanilayam Ghat.

Before that, Mahesh Babu reached Gannavaram by a special flight from Hyderabad. From there, he went to his brother-in-law MP Galla Jaydev’s residence in Vijayawada amid police security. Mahesh was accompanied by his family members Sanjay Swarup, Jaydev, Sudheer Babu, Krishna‘s brother Adiseshagiri Rao, filmmakers Trivikram Srinivas, Meher Ramesh, producer Suryadevara Naga Vamsi and others.

Meanwhile, Mahesh Babu had his mother Indira Devi’s ashes buried in Ganges last month. Indira Devi expired on September 28 because of illness. However, her remains were taken to Haridwar in Uttarakhand and immersed in the Ganges on the 2nd of October. Now, after 40 days, Mahesh Babu again joined his father’s ashes in Krishna river.

This year 2022 has been a dark year for the Ghattamaneni family as they faced consecutive tragic incidents just within this year. Earlier this year, they witnessed Ramesh Babu’s death, later in September, Indira Devi passed away and immediately on November 15, Krishna succumbed to death due to cardiac arrest. We pray to God to be kind towards the Ghattamaneni family and bless them with strength and fortunes further.