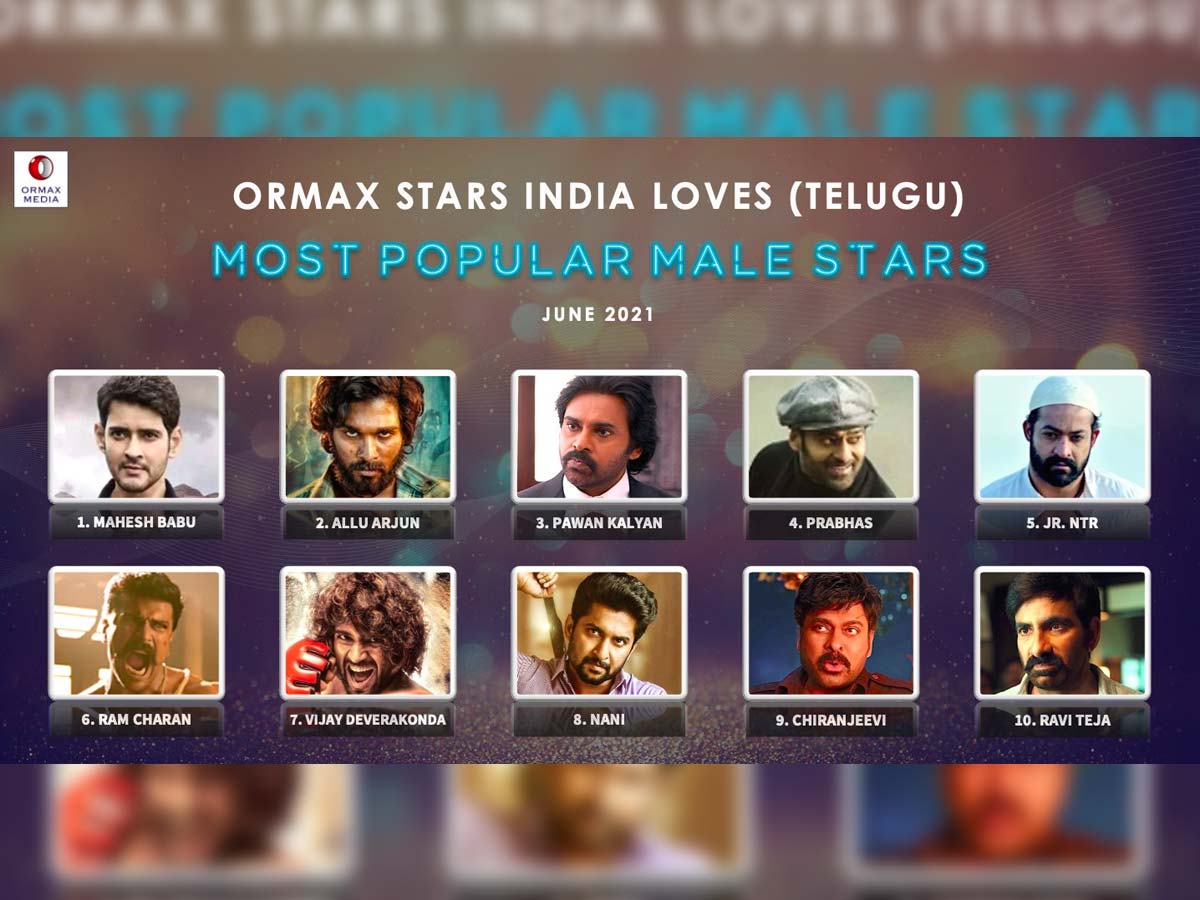 Despite having a pan-India film to his career,  Superstar Mahesh Babu dominated the other stars in the film industry.  Among the four senior heroes (Chiranjeevi, Nandamuri  Balakrishna, Venkatesh Daggubati, and Nagarjuna Akkineni), only Chiranjeevi managed to get a place in the list.

On the work front, Mahesh Babu has resumed the shoot of upcoming film Sarkaru Vaari Paata which has  Keerthy Suresh in the female lead role and it is being directed by Parasuram.