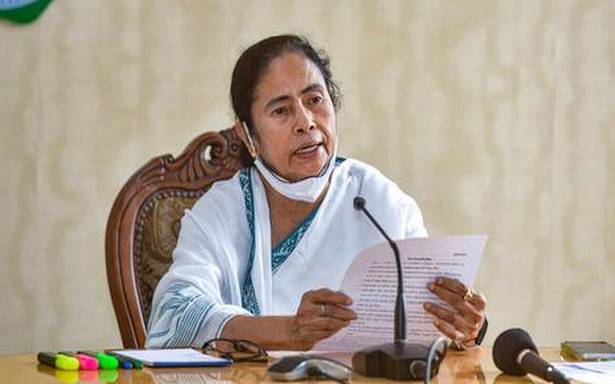 West Bengal Chief Minister says only judiciary can save democracy

Calling upon the Supreme Court to take suo motu cognisance of the Pegasus sypware row, West Bengal Chief Minister Mamata Banerjee on July 21 asked all political parties in the Opposition to form a united front against the BJP without any delay.

Addressing the annual Matryrs’ Day rally in Kolkata, which was telecast live across several States, including Delhi, the Trinamool Congress chairperson urged leaders of the Opposition parties to form a front against the BJP at the earliest.

“We have to come together; we must forget our individual interests and come together to save the country. To work together, we must form a front without any delay,” Ms. Banerjee said.

The Trinamool Congress chairperson said she will be visiting New Delhi later this month and added she would be happy to attend any meeting of Opposition leaders between July 26 and 29.

Ms. Banerjee is likely to visit Delhi after two years on July 25. The Chief Minister urged leaders of the Opposition parties not to go soft on the Pegasus spyware case and launch a joint movement on the issue.

“The general elections are still two-and-a-half years away, but nothing will be achieved if we form an alliance just before elections,” she emphasised.

Ms. Banerjee thanked leaders of the Opposition such as Mr. Pawar, Supriya Sule of the NCP, Mr. Chidambaram, Digvijaya Singh of the Congress, Ram Gopal Yadav, Jaya Bachchan of the Samajwadi Party, Tiruchi Siva of the DMK, K. Keshav Rao of the TRS, Manoj Jha of the RJD and Priyanka Chaturvedi of the Shiv Sena, who were present at the Constitutional Club in New Delhi, where her speech was telecast.

The Chief Minister, who spoke in Bengali as well as Hindi and English, came down heavily on the BJP government over the Pegasus spyware row. She said that her phone was tapped and displayed her cell phone with tapes on the phone camera.

“I have put plaster on my camera, GOI should be plastered out,” she said, showing her cell phone.

“I cannot talk to Chidambaramji, Sharad Pawarji because my phone is tapped, cannot talk to Delhi CM, Telangana CM or any other CM… what is Pegasus?” she asked.

During the speech, Ms. Banerjee repeatedly said “Pegasus is dangerous”.

She said that the Centre was indulging in “spygiri [surveillance]” as even the phones of Union Ministers were tapped.

The Trinamool Congress chairperson said the BJP was a “high-load virus” party and blamed the Prime Minister for the “monumental failure” in handling the second wave of COVID-19 pandemic.

She also thanked the people of the State for electing her to power for a third term and said that “Bengal was the model State” for the country, not Gujarat. 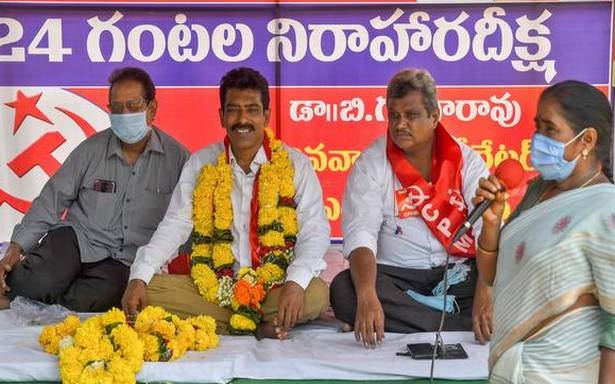 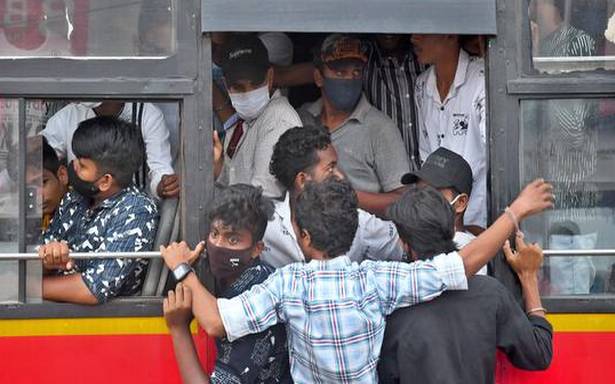