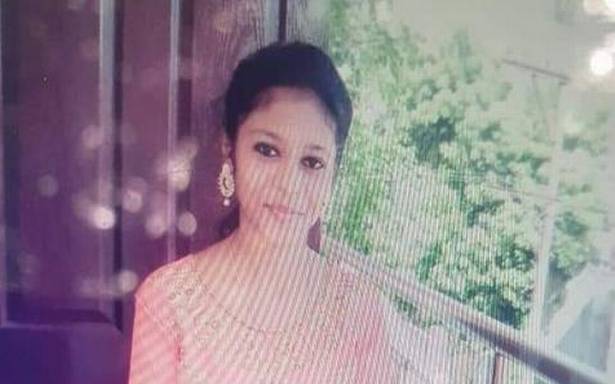 The youth, who knew the victim for a few years, also attempted to kill himself but was stopped by the public.

A 20-year-old college student was murdered in broad daylight by a man near Tambaram railway station in Chennai on September 23. The youth, who knew the victim for a few years, also attempted to kill himself but was stopped by the public. He was later handed over to the police.

A senior officer of the Chennai Police said Shwetha, a diploma student at Madras Christian College in Tambaram, was on her way home when the accused Ramachandran, working in a private company in Maraimalai Nagar, wanted to speak to her near the railway quarters located on the east side of the railway station.

The spot where college student Shweta was stabbed to death near Chennai’s Tambaram Railway Station on September 23, 2021. | Photo Credit: Velankanni Raj B

Though Ms. Shweta, a resident of Chromepet, knew him for a few years, she had ended the relationship. They had a verbal spat during which Ramachandran took a small knife kept hidden in his bag and stabbed her .

On hearing her cries, nearby residents rushed to her rescue. In the meantime, the 25-year-old accused also attempted to kill himself, but was stopped by the public.

Even before the people could take the victim to a nearby hospital she died, the police officer said.

Tambaram Police rushed to the crime scene, and arrested the accused Ramachandran, who is from Nagapattinam.

The victim’s body has been sent to Chromepet Government Hospital for post mortem.

Senior police officials inspected the crime scene, and are investigating.