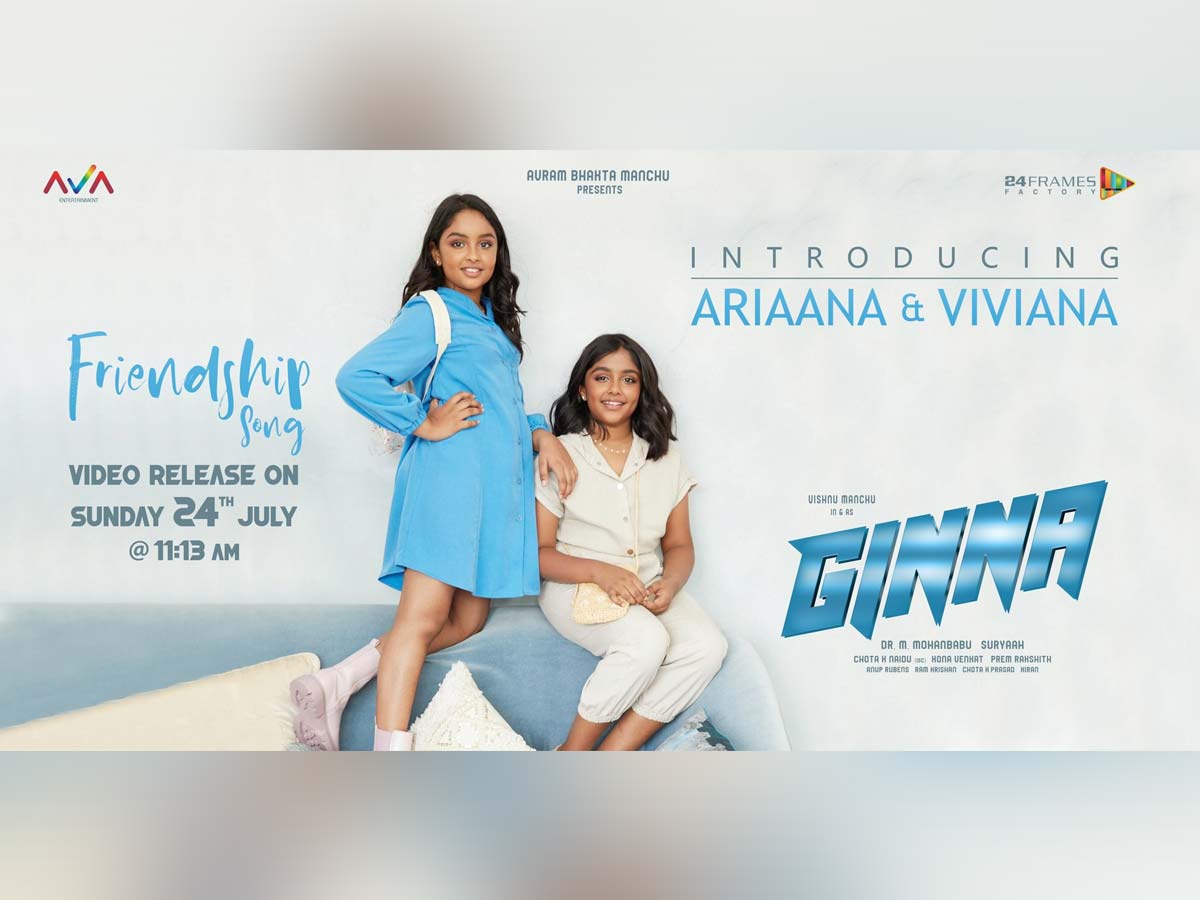 Tollywood hero as well as the president of Movie Artists Association (MAA), Manchu Vishnu was last seen in a 2021 film, Mosagallu. Now, he is again approaching the Telugu audience through his upcoming movie Ginna.

The interesting fact is that Vishnu’s twin daughters Ariaana and Viviana have made their singing debut in this movie with their sweet voices. Introducing his daughters proudly on social media, Vishnu wrote, “As a father and as an actor, I am proud to introduce my two daughters – Ariaana and Viviana as singers and performers.

In my upcoming movie Ginna they have sung a song. The video of the song will be released on Sunday 24th morning at 11.13 am. I dream that they become actors, but it is up to them which path they choose. I seek your blessings and best wishes for them as the start on a new journey of their own,”

Ginna is an upcoming action comedy movie that is being directed by Suryaah. The film stars Manchu Vishnu, Payal Rajput and Sunny Leone in the lead roles. The remaining details are yet to be revealed.