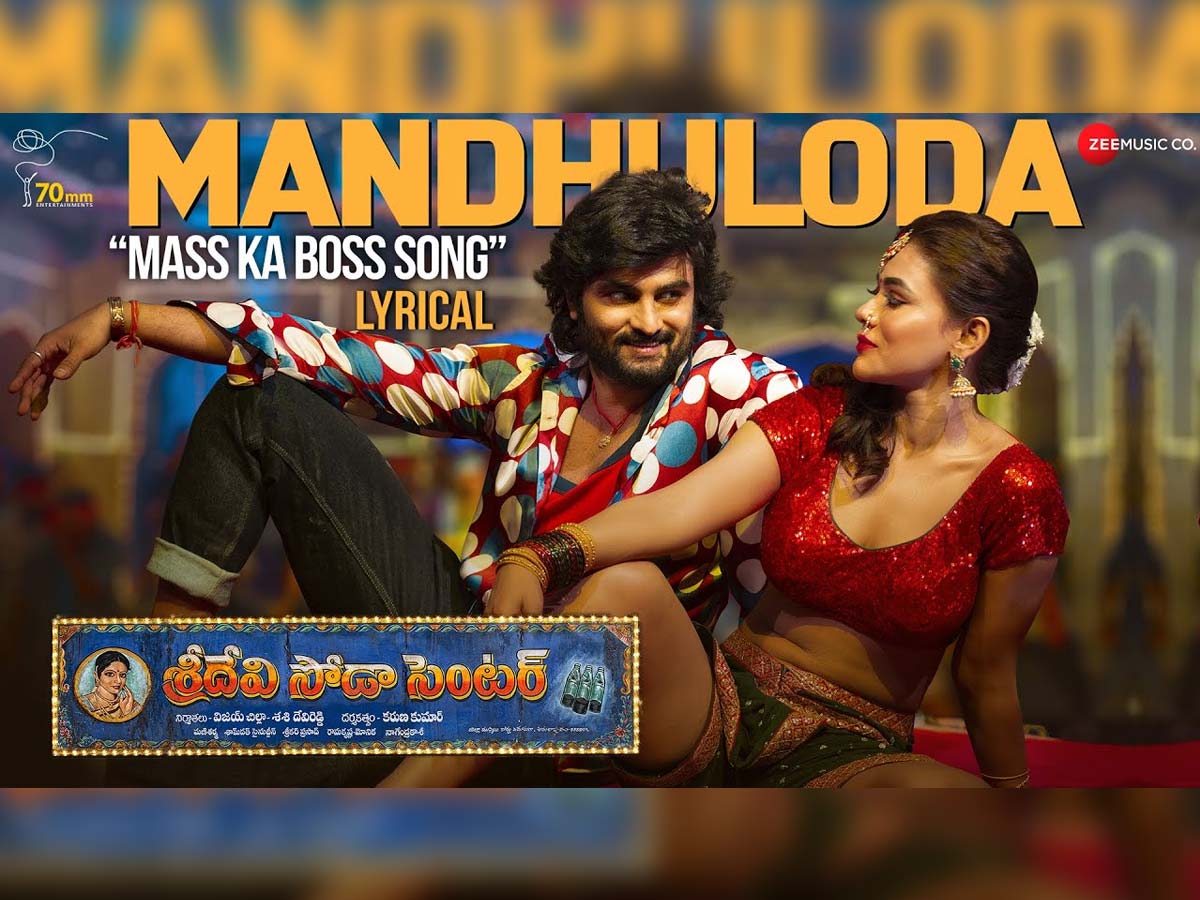 Today morning Megastar Chiranjeevi launched  the first single Mandhuloda from upcoming romantic and action drama Sridevi Soda Center in which Sudheer Babu is playing the lead role. Mandhuloda is a good dance number  which has folk touch.  The song has the music by Mani Sharma and this time he comes up with his trademark composition for this mass dance number.  The song is crooned by Sahithi Chaganti and Dhanunjaya and the lyrics are penned by Kasarla Shyam.

Sudheer Babu starrer  Sridevi Soda Center is directed by Palasa fame Karuna Kumar and is  backed by Vijay Chillad and Shashi Devireddy under the banner of 70 MM Entertainments.

According to the latest buzz in the film industry, ZEE has acquired the digital and satellite rights of Sridevi Soda Center.