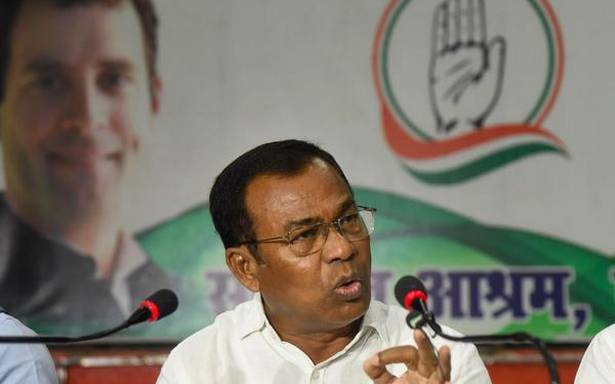 It charged the Union Minister of State for Social Justice and Empowerment with inciting clashes among the workers of the Youth Congress and the BJP Yuva Morcha on January 6 night in Imphal.

The Congress in Manipur has demanded the removal of Union Minister of State for Social Justice and Empowerment Pratima Bhowmick on charges of inciting clashes among the workers of the Youth Congress and the BJP Yuva Morcha on January 6 night in Imphal.

Some Yuva Morcha members had burned the effigies of Congress leaders Sonia Gandhi and Rahul Gandhi in front of the party office which had reportedly led to the clashes. The Youth Congress members charged that police pickets which had become permanent features were deserted and the personnel came back much later. Besides they remained mute spectators, it was alleged. Police denied it, saying that they separated the two groups.

Mr. Das said, “It is very unconstitutional on the part of the Union Minister to have set the effigies on fire like this. The Prime Minister should take action against her”. Mr. Loken said, “The BJP leaders are indulging in such objectionable activities since it is clear that the party cannot come to power after the March poll. In any way, the BJP will not come to power”.