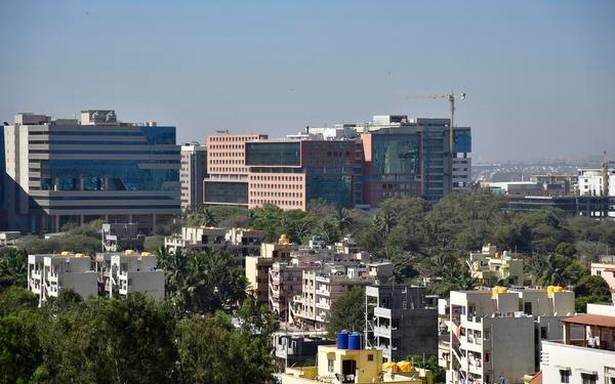 The Outer Ring Road Companies Association (ORRCA) said a majority of its members were not comfortable with the government advisory suggesting that IT and BT companies located in the area extend the work from home option for most of their employees until December 2022.

The advisory was issued on Monday in the wake of commencement of metro work on ORR, from Silk Board to K.R. Puram, with an aim to avoid congestion and traffic hassles.

ORRCA spokesperson told The Hindu that the association has already shared the feedback it collected from its member companies with the State government.

“ORRCA’s understanding is that the government is going to issue a revised statement following questions they have received on the advisory. We are waiting for the revised statement,” said Krishna Kumar Gowda, Consultant, ORRCA.

The advisory comes at a time when many companies are planning to get their employees back to office from December 2021, he pointed out. Mr. Gowda expressed apprehension about the prospect of metro rail work not getting completed by December 2022.

Meanwhile, a clarification letter issued by the Department of Electronics, Information Technology, Biotechnology and Science and Technology, sent out on Wednesday sought to allay this fear. It said that “BMRCL is focused on getting the Namma Metro project completed on time with minimum inconvenience to companies and employees who want to commute to work and back during the construction phase.”

Dr. E.V. Ramana Reddy, Additional Chief Secretary to Government Department of Electronics, IT, BT, S&T said it is “to be treated only as an advisory for the consideration of the industry.” BBMP and DULT are being requested to ensure all pre-construction activities are completed before the construction phase to ensure companies can return to their offices in a seamless manner, said the letter.

Nasscom Vice President (Industry Initiative) K.S. Viswanathan said, “This is just an advisory from the government so that work for all, including that of Metro Rail, will continue without one disturbing the other.”

There are over 700 IT and BT companies, between the Silk Board to K.R. Puram, that employ over 1.7 lakh people. This area, under BBMP jurisdiction, also houses tech parks such as Eco Space, Eco World, Prestige Tech Park, Salarpuria Tech Park, Embassy Tech Village, Global Tech Park and Bagmage Tech Park.