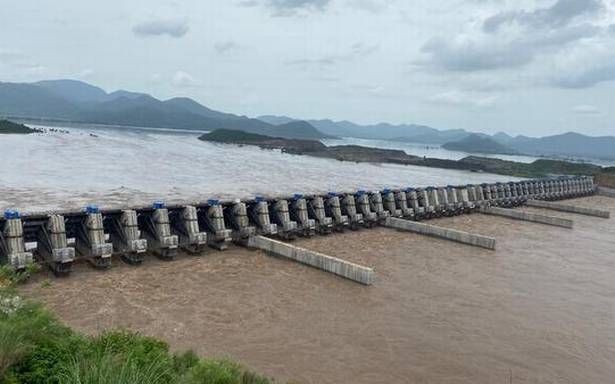 Alert sounded in tribal habitations as Godavari is rising

Many streams in the Agency areas of the West Godavari district are in spate due to incessant rains that have been lashing for the last two days. The water level in the Godavari has been rising and officials sounded an alert in the tribal habitations of the district.

“Due to a heavy rain in the upstream areas in Telangana, the rivulets are in spate and the flood level in the Godavari river is rising,” said officials.

Irrigation Department officials discharged 2.06 lakh cusecs by 7.30 p.m on Sunday from the Polavaram project. The flood level on the upstream of the spillway was 29.282 metres. The water level at Sir Arthur Cotton Barrage at Dowleswaram had been increasing, the officials said.