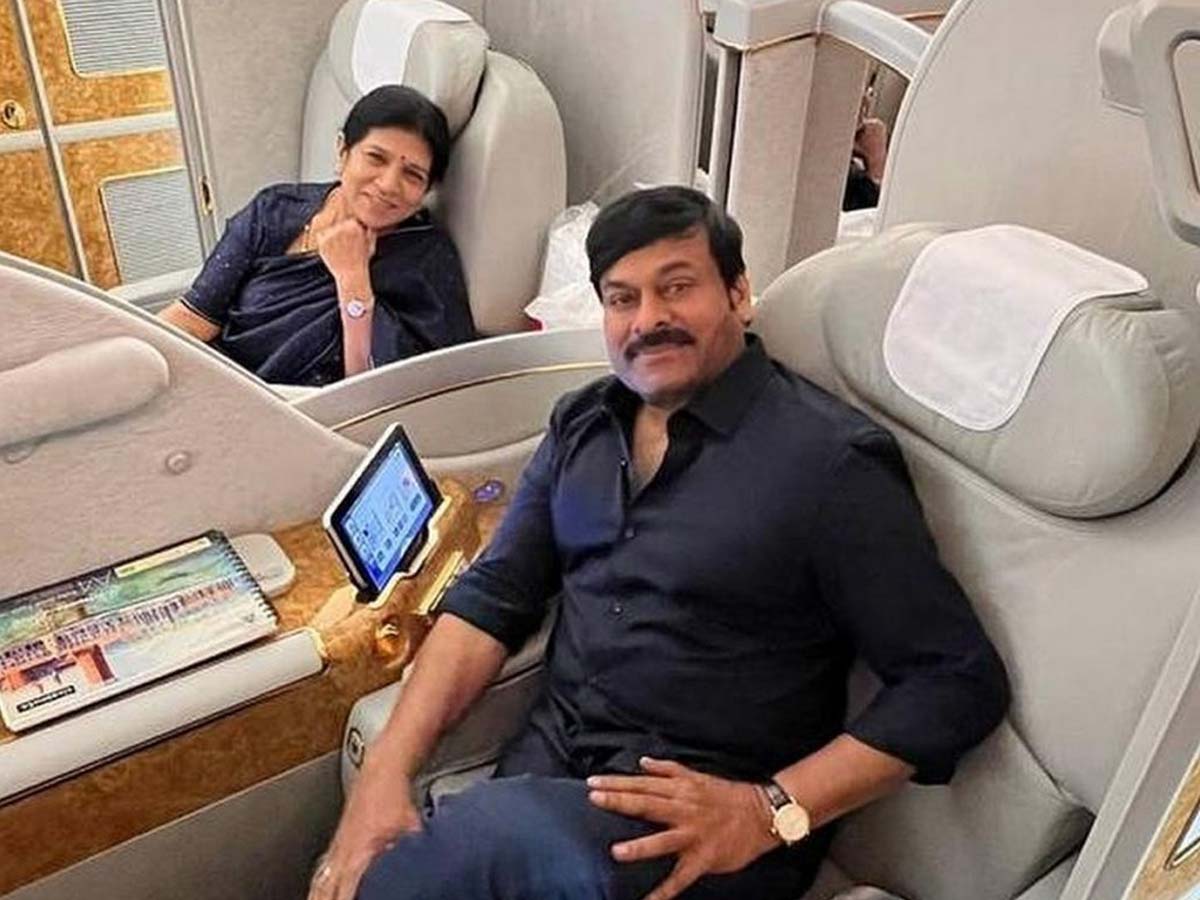 We are in May, and the temperatures are already creating records. Due to the harsh summer, the demand for Summer Vacations to abroad increased all of a sudden. Chiranjeevi has also taken a short break from his busy shoot schedule. Megastar Chiranjeevi on Tuesday shared a pic of himself with his wife Surekha, and informed his fans that he is on a vacation with his wife for the first time since the coronavirus outbreak.  Acharya star wrote, “First international travel since the pandemic! About to take off to the USA & Europe for a brief holiday with Surekha after a long time. See you all soon.”

The pic shared by Chiranjeevi received an overwhelming response from well-wishers and fans. Shruti Haasan dropped a heart-emoji, while Upasana Konidela wished the couple a super time together.

The trip has come after the release of Koratala Siva’ magnum opus Acharya which was released on 29th April. The movie starred Chiranjeevi and his son Ram Charan. At a pre-release event, Chiranjeevi had spoken about how he convinced SS Rajamouli to give permission Ram Charan to shoot for this social drama Acharya in between RRR’s schedule. Chiranjeevi also  said he told Baahubali film maker SS Rajamouli that it is Surekha’ wish to see the father and son duo share screen space.