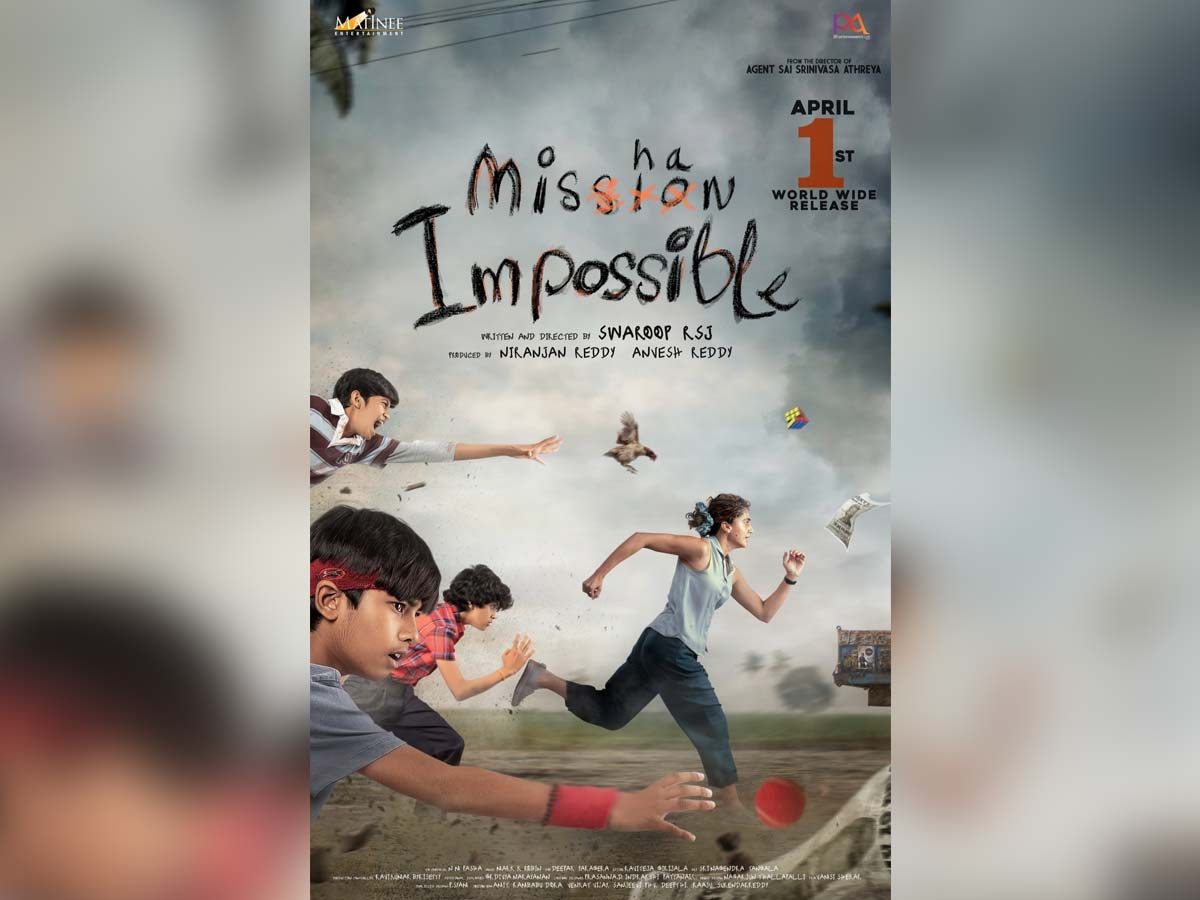 Niranjan Reddy and Anvesh Reddy, the heads of ‘Matney Entertainment’, which is shooting the movie ‘Acharya‘ with megastar Chiranjeevi, have produced the movie ‘Mission Impossible’ starring Tapsee Pannu in the lead role. Swaroop RSJ, who directed the hit film ‘Agent Sai Srinivasa Atreya’ with Naveen Polisetti, is the director of the film. NM Pasha co-produced the film.

The film opens with the theme of what crime did the originals commit? How Tapsi and team saved three children Roshan, Bhanuprakash and Jaitirtha from being trapped in a crime. This film was released on Today (April 1). The theatrical business of this film did well, even a small one. Take a look at their details:

The theatrical business of ‘Mission Impossible’ was Rs 2.22 crore. The film is expected to break even with a share of up to Rs 2.5 crore. On the other hand, under non-theatrical rights, the movie is said to have grossed over Rs 3.5 crore.

As the film was completed within a budget of Rs 4 crore, the producer got table profits. The movie will be released in limited theaters due to the competition being ‘R.R.R.’ If the hit talk comes.. There is a chance of getting good returns with the Ugadi holiday.