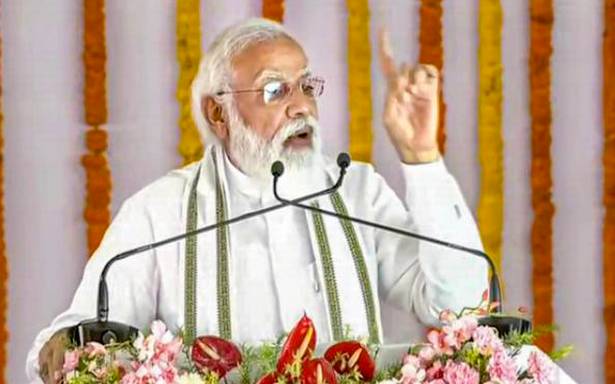 Modi is one of about 109 leaders to address the General Assembly in person.

Prime Minister Narendra Modi will visit the White House on Friday, September 24, to participate in a Quad Leaders Summit hosted by U.S. President Joe Biden. Mr Modi will then travel to New York, where he will address the 76th session of the United Nations General Assembly (UNGA) on Saturday morning. The Quad meeting between Mr Modi, Mr Biden and the Prime Ministers of Japan and Australia — Yoshihide Suga and Scott Morrison, is the first in-person meeting of its kind at the White House.

The four leaders will review progress made since their first virtual summit held in March, the Ministry of External Affairs (MEA) said. Specifically, they will review the Quad Vaccine Initiative, a plan to manufacture (in India) at least 1 billion COVID-19 vaccines, for distribution in Asia by the end of 2022.

“Hosting the leaders of the Quad demonstrates the Biden-Harris Administration’s priority of engaging in the Indo-Pacific, including through new multilateral configurations to meet the challenges of the 21st century,” the White House said on Tuesday.

“The Summit would provide a valuable opportunity for dialogue and interactions among the Leaders, anchored in their shared vision of ensuring a free, open and inclusive Indo-Pacific region,” the MEA’s statement said. The White House statement also referred to discussions around “promoting a free and open Indo-Pacific.”

At the March summit, the leaders had discussed China’s assertiveness in the Indo-Pacific region and that topic will most likely come up again next week. Afghanistan will also likely be discussed, weeks after the chaotic withdrawal of U.S. troops from Kabul and a Taliban take-over of the country.

There has been speculation on whether Mr Modi and Mr Biden will hold bilateral discussions while Mr Modi is in Washington. The Hindu has reached out to the White House for clarification on this.

On Saturday, September 25, Mr Modi is scheduled to be the first speaker at the UN. The theme for the General Debate of the 76th Session is : “Building Resilience through hope to recover from COVID-19, rebuild sustainably, respond to the needs of the planet, respect the rights of people, and revitalise the United Nations.”

The General Debate is being held partly virtually this year owing to the continuing COVID-19 situation. Mr Modi is one of about 109 leaders to address the General Assembly in person, while 60 will deliver virtual addresses , the Press Trust of India reported.