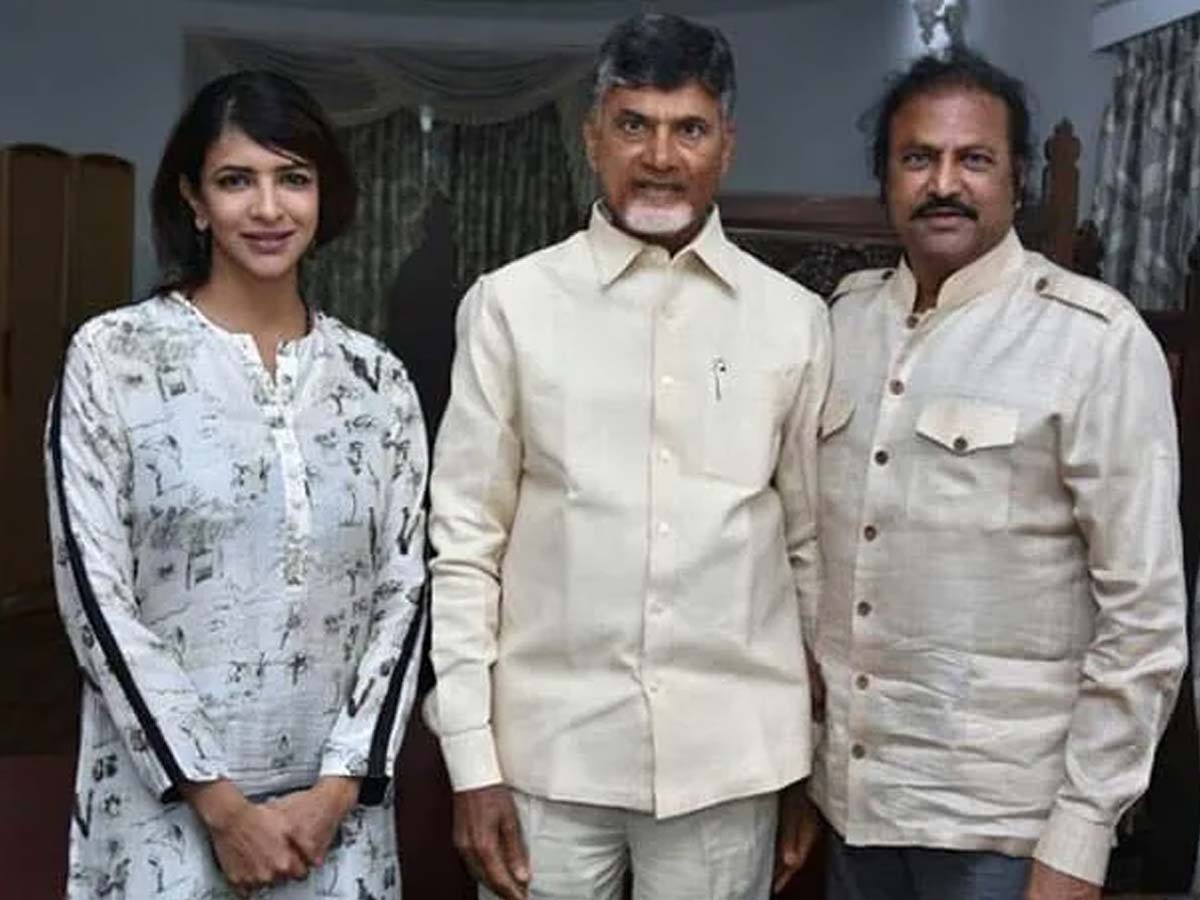 Veteran actor and YSRCP member M Mohan Babu along with his daughter Manchu Lakshmi met TDP national president N Chandrababu Naidu for about two hours. This meeting took place on Tuesday and it has become the hot topic of discussion.  Speculations are making rounds about the two hour meeting of Mohan Babu and Naidu and what they might have discussed at Telugu Desam Party President Naidu’s residence in Hyderabad.

It is known that Mohan Babu was very close to NTR and he had campaigned for TDP in the past..

The Telugu actor Mohan Babu entered politics with TDP and was elected as MP during late NT Rama Rao’s tenure. Later he distanced himself from TDP due to differences with Naidu. Later,  the actor’ family got related with YSR family after the former’s son Manchu Vishnu fell in love with Veronica, the niece of former CM late YS Rajashekhara Reddy and married her.

Mohan Babu meeting Chandrababu Naidu raising doubts among political circles as well as general public.   On the otherside, Telugu Desam Party sources revealed that there was nothing political behind  this 2 hours meeting. Mohan Babu invited Naidu for idol installation program of the Saibaba Temple at Sri Vidyaniketan in Tirupati.