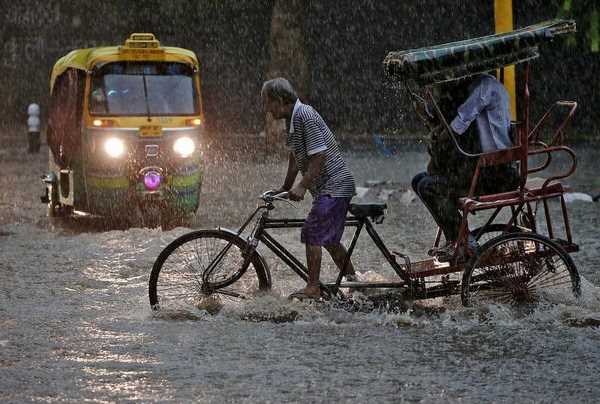 It’s still early days, but the southwest monsoon has been nearly 37 per cent ‘below normal’ in the first seven days (June 1-7) of this month. 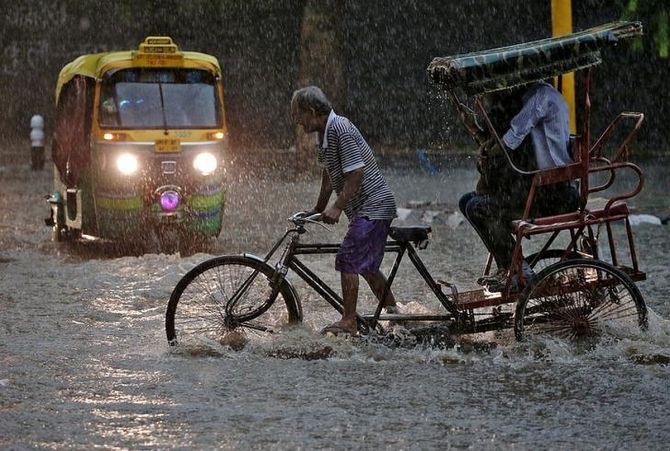 According to the data furnished by the India Meteorological Department (IMD), between June 1 and June 7, India received 14.5 millimetres (mm) of rainfall, against a ‘normal’ 23.1 mm.

Among places where rains have arrived, monsoon in Kerala in the first seven days has been 48 per cent ‘below normal’, while in Puducherry, it has been 56 per cent ‘above normal’.

In Tamil Nadu, rains were 21 per cent ‘above normal’ between June 1 and June 7.

In Mizoram, Manipur, and Arunachal Pradesh, rains have been less than normal thus far.

In the days to come, the southwest monsoon should hopefully get active over the rest of the country as it marches towards Central and Western India.

The Met in its latest weather update on Tuesday said that the southwest monsoon has further advanced over some more parts of Tamil Nadu, Puducherry and Karaikal, and Southwest and West-Central Bay of Bengal in the past 24 hours.

It also said that the intense spell of rainfall is likely to continue over Northeast India and sub-Himalayan West Bengal and Sikkim during the next five days.

While releasing its second-stage forecast for 2022 monsoon season on May 22, the IMD had said that in June — the first month of the four-month season rainfall — it is expected to be ‘normal’ between 92 per cent and 108 per cent of the long period average.

The Met had said that Northeast, East, and South Peninsular India might get ‘below normal’ rains in June.

Earlier last week, private weather forecasting agency Skymet had said there might not be any significant uptick in monsoon activity over South India in parts where it has already reached during the week starting June 6, while rains will be vigorous over Northeast India.

“We don’t expect heavy downpour over Southern Peninsular India over the next one week, at least until June 10, but yes, monsoon activity will remain active over Northeast India,” Mahesh Palawat, vice-president, meteorology and climate change at Skymet Weather, had told Business Standard.

Earlier, the IMD had said that the southwest monsoon had set in over Kerala on May 29 — three days ahead of its normal onset date of June 1.