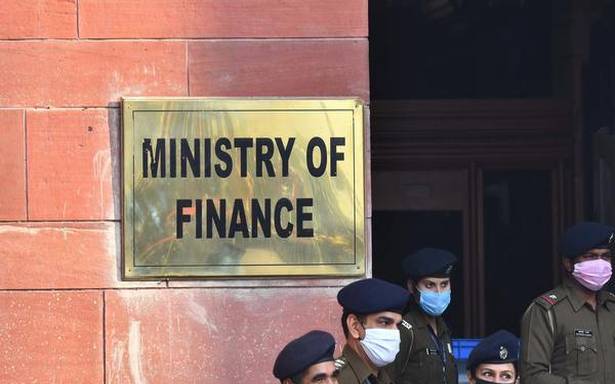 ‘Consumption, investments, services rebounding even as inflation is on the wane’

The Finance Ministry on Monday sought to play down concerns about moderating industrial growth, stating that the September estimates for the Index of Industrial Production (IIP) showed a sustained increase in industrial output and would have been higher if not for heavy monsoons disrupting coal mining and electricity generation.

As per data released last week, the industrial output fell 2.6% month-on-month in September, while year-on-year growth moderated to 3.1% from 12% recorded in August.

“The manufacturing index in IIP has held steady and is likely to rise in subsequent months mirroring the eight-month high in Purchasing Manager’s Index (PMI) for manufacturing reaching 55.9 in October,” the Ministry said in a statement titled, ‘FY 2021-22: Rising Industrial growth, Restrained Inflation and Strong Services Revival’.

A sharp increase in the capital goods index from an average of 74 in the first quarter of this year to 91.7 in the second quarter ‘underscores a significant recovery in investment’ and there were ‘clear signs of investment being induced by rise in consumption, the Ministry asserted.

“The IIP, in FY 2021-22, has grown from an average of 121.3 in Q1 to 130.2 in Q2. The IIP in Q2 would have been still higher but for heavy monsoons disrupting mining activity, especially coal and consequently electricity generation, that repressed the growth of overall production index,” it noted.

“Outstanding credit of the scheduled commercial banks has been steadily rising in FY 2021-22. Retail credit in particular has been noticeably increasing suggestive of strengthening consumption in the economy. According to CIBIL, inquiry volumes have increased by 54% between February and October of 2021 as economic activity has gained momentum,” it said.

Inflation was now ebbing gradually, with consumer prices recording an inflation of 5.1% in Q2 compared to 5.6% in Q1, and food prices seeing a sharper dip from 4% in Q1 to 2.6% in the July to September quarter. Retail food inflation stood at 0.8% in October, while overall inflation inflation was 4.5%.

Citing high-frequency indicators like power consumption and GST collections, the Ministry stated that a robust growth revival was underway, and the record sales of tractors in October indicated that the agriculture sector was also likely to see sustained growth.

Contact-intensive services sectors, the worst-affected by the COVID-19 pandemic, were also on the recovery path, the Ministry pointed out.

“PMI services has accelerated to a decadal high of 58.4 in October, 2021, suggesting a strong revival in contact-based services sector with the weakening of the pandemic. Average Hotel Occupancy rate in leisure destinations rising from about 55% in Q1 to over 60% in Q2 underscores the service sector growing optimism,” it added.