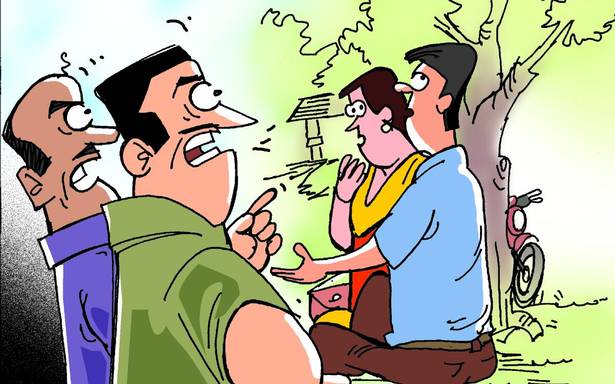 The victims are students of a college in Mukka

In yet another case of moral policing in Dakshina Kannada district, Mangaluru police arrested six persons for allegedly harassing two students in Idya village, near Surathkal, on November 15 night.

According to the complaint, a BSc. student from a college in Mukka went to drop his college mate at an apartment complex in Idya around 10 p.m.