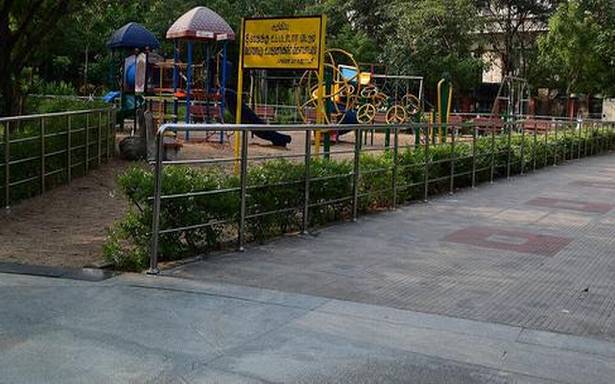 The Greater Chennai Corporation (GCC) has planned to significantly increase the contributions and participation of organisations through their corporate social responsibility (CSR) initiatives, primarily in beautification projects, creation and maintenance of roadside parks and restoration of waterbodies.

Through Chennai Smart City Limited, the GCC has recently reached out on social media to organisations to express interest in the projects they would like to take part in and the amount of money they can commit.

A senior official said participation could be at different levels for different projects. “Some people may have the money and the expertise to contribute to a particular project. Others may just be able to contribute funds. We want to work with them in whichever way possible by easing the processes,” the official said.

The official said a number of projects had been identified for collaboration.

‘Funds not the aim’

GCC Commissioner Gagandeep Singh Bedi said the idea was not to raise more funds, but to enhance community involvement in the initiatives for fulfilling the vision of Singara Chennai 2.0.

He said many organisations had expressed interest in collaborating with the civic body in different projects, including creation of roadside parks, beautification of medians and traffic islands, tree planting and creating artworks on walls. The aim was a long-term participation so far as maintenance of projects, not just cooperation in the initial phase of implementation.

Mr. Bedi said a meeting would soon be held with all residents’ welfare associations to encourage them to come forward to plant trees across the city. “The GCC will provide approval for tree planting on suitable locations. We want them to plant indigenous varieties and take care of them too,” he said.

He said any organisation or residents’ welfare association interested in taking part in such projects could reach out to the Regional Deputy Commissioners of the GCC or himself directly.