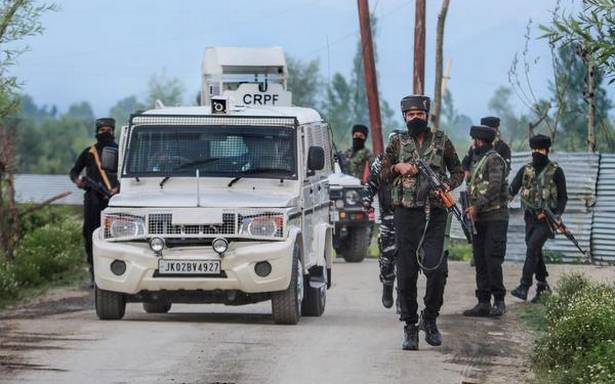 A select list of stories to read before you start your day.

An encounter broke out between militants and security forces in Sopore area of Baramulla district in Jammu and Kashmir early Tuesday, August 24, 2021, police said.

The Central government is currently not thinking about any ban on the two Hurriyat factions, said a government official on Monday.

Union Minister for Finance and Corporate Affairs Nirmala Sitharaman has set a September 15 deadline for its IT vendor Infosys to fix all the glitches plaguing ‘the current functionalities’ of the new Income Tax filing portal, after conveying the government’s ‘deep disappointment’ with the firm’s services to its CEO Salil Parekh.

Over 55,000 Indian students and exchange visitors to the United States have been given student visas in 2021 despite the COVID-19 pandemic, the highest number ever, the U.S. Mission in India said on Monday.

Farmers have right to protest but stir should not hinder traffic: SC

The Supreme Court took a nuanced stand on Monday, saying farmers have the right to protest but the agitation should not hinder traffic or public movement.

Digital COVID-19 vaccination certificates will now be issued to the clinical trial participants of Covishield and Covaxin through Co-WIN, tweeted Health Minister Mansukh Mandaviya on Monday.

The first of two additional Krivak class stealth frigates being built by Russia is expected to be delivered to India in the middle of 2023, according to the head of United Shipbuilding Corporation (USC) of Russia.

The Army on Monday used a rare tool to wean off local youth from militancy — screening a grim, black-and-white animation film of 2 minutes and 13 seconds named Back from Jaws of Death on 23 boys who were rescued from joining militants in north Kashmir’s Bandipora in 1998.

Police in Pakistan have arrested 126 people allegedly involved in the sexual assault of a YouTuber girl on Independence Day at the historic Minar-i-Pakistan, after the incident sparked nationwide outrage and drew international condemnation.

Water Resources Minister and Leader of the House Duraimurugan, who first entered the Tamil Nadu Legislative Assembly 50 years ago in 1971 turned emotional on Monday when the House led by Chief Minister M K Stalin felicitated him. A veteran DMK man he had won in 10 Assembly elections – eight times from Katpadi constituency and twice from Ranipet – and lost only on two occasions in the past five decades.

The 2020 Paralympic Games, which commences at Tokyo on Tuesday, provides another life-altering opportunity to India’s 54-member contingent.