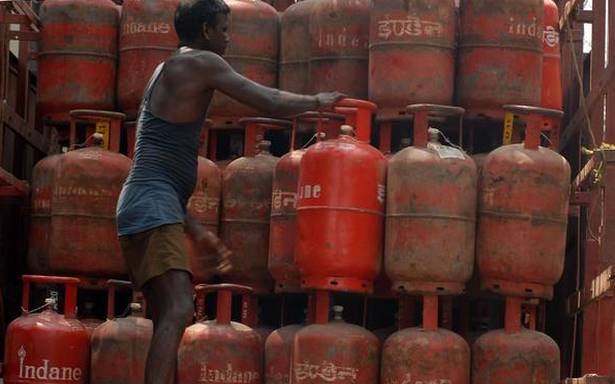 Small cooking gas cylinders could soon be available for retail purchase at your nearby ration shop, as the Centre is coordinating with States and oil companies on the plan, Food Secretary Sudhanshu Pandey said on Wednesday.

The Supreme Court on Wednesday wants the Justice R.V. Raveendran expert committee to not just enquire into recent allegations of government using Pegasus to snoop, but uncover the trail to reports of the Israeli spyware being used to hack social media accounts of private citizens in 2019.

The Centre has proposed amendments to a 1969 law that will enable it to “maintain the database of registered birth and deaths at the national level”.

Health Minister Mansukh Mandaviya said on Wednesday that there were more than 10.34 crore people in the country who had missed the second dose of COVID-19 vaccine that they were due to take.

Union Home Minister Amit Shah said on Wednesday that Prime Minister Narendra Modi had increased the value of the Indian passport and the pride of the country abroad.

Javelin thrower Neeraj Chopra, who became the second Indian to win an individual Olympic gold at the Tokyo Games, and silver medal-winning wrestler Ravi Dahiya were recommended along with nine others for the Major Dhyanchand Khel Ratna, the country’s highest sporting honour, on Wednesday.

India committed to respecting rights of all nations as laid in UNCLOS: Defence Minister

India is committed to respecting the rights of all nations as laid down in the UN Convention on the Law of Seas (UNCLOS), Defence Minister Rajnath Singh said on Wednesday, while reiterating that India is fully determined to protect its legitimate maritime rights and interests.

The Supervisory Committee recommended in the Supreme Court on Wednesday that there is no need to change the water level in the Mullaperiyar dam.

The Indian Army on Wednesday re-enacted an air induction exercise at Srinagar’s technical airport to commemorate the 75th year of its arrival in Jammu & Kashmir on October 27, 1947.

More than 90% of those covered under the sixth serological survey in Delhi have developed antibodies against coronavirus, according to a report submitted to the government on Wednesday.

The Government of India has applied for loans from the Asian Development Bank (ADB) and the Asian Infrastructure Investment Bank (AIIB) to procure as many as 667 million doses of COVID-19 vaccines.

The latest mutation of the coronavirus variant, AY4.2, which has been linked to a rise in cases in the United Kingdom, is “very infrequent” in India, according to a weekly report by the India SARS-CoV-2 Genome Consortium (INSACOG), the body that tracks the emergence of new variants, on Wednesday.