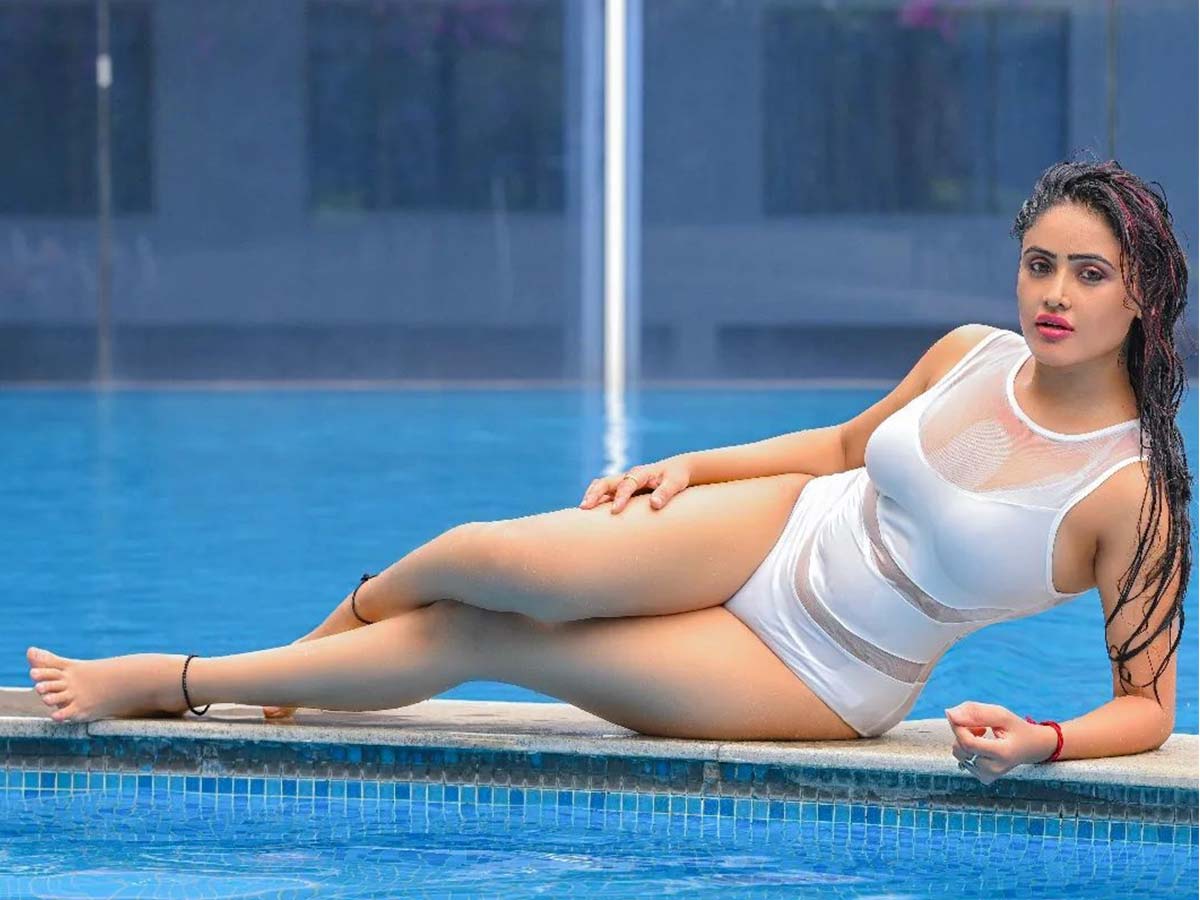 Bikinis are synonymous with Sony Charishta. The sensuous diva knows how to drive away mid-week blues with her bikini photographs. She posted  few pics of herself from a swimming pool where she is flaunting her legs and sensuous body. Clad in a white bikini, Sony Charishta is  seen  giving pose beside a pool.

She has a die-for physique and she never has qualms in showing her toned body and curves in racy attire. Time and again, Sony Charishta sets social media on fire with her bikini photographs. She is seen oozing a lot of h….ness and oomph factor.   Her fans are showering praises on her bikini look.

Sony Charishta has already made it a habit to take internet by storm with her sizzling skin shows. She has done the same in her latest set of bikini pics.

Sony Charishta is blessed with a curvy figure and she has the knack of flaunting the same in the most eye pleasing way possible.

On the work front, she has acted in few Telugu short films, TV shows, and Telugu  movies.  Sony made her first contribution on the silver screen with the movie Yugalageetham,   that was released on 2010. The movie  starring Chandu, Hema, and Chandra Mohan.