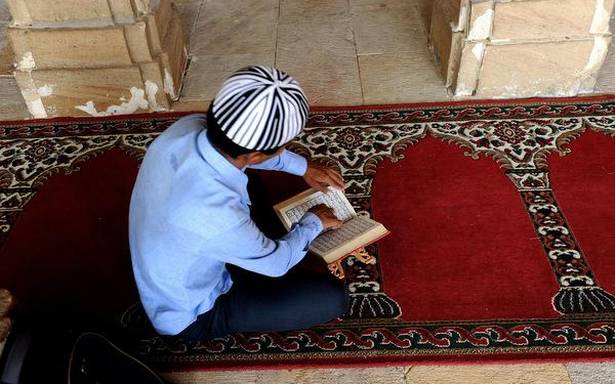 Encroached land in Gurugram, if cleared, can accommodate several devotees

Amid growing opposition to Juma Namaz in the open by the Hindu right-wing groups, the Muslim community is focussing on getting encroachments cleared on around two dozen Wakf Board properties in the district with the help of the local administration, and procuring institutional land from the government for construction of a mosque.

“Around two dozen Waqf Board properties are lying unused due to encroachment or opposition by locals across the district. The exact number of properties could be even higher. We are seeking details from the Waqf Board on this. Some of these properties, especially those falling in New Gurugram, could be used for offering of Juma Namaz,” said Altaf Ahmad, co-founder, Gurgaon Muslim Council.

The council is now in the process of carrying out a detailed analysis of the kind of structures and encroachment on these Waqf Board properties, their exact locations and the claims of ownerships being made on them.

“Since the urgent need for land for Juma Namaz is in New Gurugram, we are focussing on properties in this part of the city. As per local Muslim religious leaders, there are five sites with remnants of mosques in Jharsa village near Rajiv Chowk. Also, there are a few plots partially encroached, including a large parcel of land for cemetery, in and around Sector 40. Some of these properties, if cleared from encroachment, can be used for offering namaz,” said Mr. Ahmad.

Maulana Abdul Hasib said not all mosque sites in Jharsa were encroached upon by the locals, but the fear of backlash by the locals prevented them from holding Juma Namaz at these sites.

“These mosque sites range from 1,000 square feet to around 10,000 square feet and are big enough to accommodate a large number of devotees. But a couple of these sites are deep inside the village and there is a fear of backlash. Similarly, a 10,000 square feet cemetery plot with remnants of just two graveyards in Sector 40 could also be used for offering namaz. I spoke to a few locals and took them into confidence on this matter. We might hold a Juma Namaz at this site in coming weeks. Since these sites are closer to places that have witnessed opposition to Juma Namaz, it can help tackle the issue to some extent,” said Maulana Hasib.

Mr. Ahmad said the council was working in tandem with Waqf Board since the properties belonged to it.

The Waqf Board had handed over the list of 19 mosques/properties in Gurugram to the local administration three years ago seeking help to clear the encroachment following opposition to offering of namaz in the open spaces in the city for the first time.

As per the list, seven mosques were allegedly encroached upon in Wazirabad, Daulatpur-Nasriabad, Dhankot, Naurganpur, Jharsa, Badshahpur and Farrukhnagar villages. Similarly, six mosques were not being used for offering prayers at Bhondsi, Khurampur, Dhankot, Meoka and Garhi Harsaru villages due to alleged opposition by the locals. The attempts to build a mosque on Waqf Board plots in Jharsa, Jharsa-Fazilpur, Naurangpur and Meoka were thwarted by the locals.

Estate Officer of the Gurugram Waqf Board Jamaluddin told The Hindu that no headway could be made on the matter even after three years and the properties were still encroached upon.

“The Punjab and Haryana High Court had directed the Haryana Shehri Vikas Pradhikaran to provide alternate land to the Board in return for over two-acre plot acquired by them in Chauma village in Palam Vihar. We had written to the administration on this as well three years ago, but no action was initiated. We have now filed a contempt of court plea in this matter,” said Mr. Jamaluddin.

The Council members also have a meeting scheduled with the district administration this coming Tuesday for a mosque site under the government’s policy for allotment of institutional plots. “The proposed land site is located in Sector 39 and a mosque there can accommodate a large population of devotees in and around this area witnessing opposition to namaz,” said Mr. Ahmad.