The eveninger was not published for the second day as the Indore administration has sealed its office. Soni’s son Amit, who was arrested on Sunday, was remanded in police custody till December 6 but the father continued to remain at large. 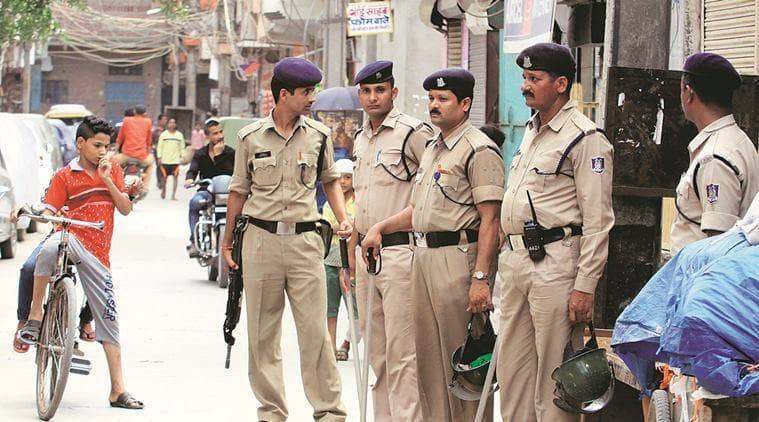 Indore Police on Monday declared a reward of Rs 10,000 on Jitendra Soni, the editor and owner of Sanjha Lokswami, an Indore-based eveninger that published stories based on leaked videos and audios in the ‘honey trap’ case, resulting in a crackdown on his business establishments including a bar and a hotel.

The eveninger was not published for the second day as the Indore administration has sealed its office. Soni’s son Amit, who was arrested on Sunday, was remanded in police custody till December 6 but the father continued to remain at large.

After the eveninger published lurid details of conversations and photographs, and uploaded at least one video and an audio clip on its website and hinted that it would come out with more stories, the police, accompanied by officials of nine departments, including revenue, excise, food, Indore municipal corporation, raided Soni’s business establishments and home. After the crackdown that lasted hours, the police registered cases for violations like human trafficking, building and parking norms and under the Arms Act.

The police action followed a complaint by former superintending engineer of Indore Municipal Corporation Harbhajan Singh under the Information Technology Act after the eveninger published his photographs with two women. Singh was the original complainant in the honey trap case that came to light in mid-September.

Indore SSP Ruchi Vardhan Mishra said office lockers were still being searched and the police will declare what they have found only after the action is over. The police said Singh had also told them women were exploited at the bar and that patrons were blackmailed by showing their photographs. The police claimed to have recovered documents of many properties that were not registered in Soni’s name.

The police suggested the recovery pointed to either extortion or blackmailing.

Meanwhile, advocate general Shashank Shekhar apprised the Indore High Court about the details of the action against the eveninger and its owner. The court is hearing a petition seeking a CBI inquiry into the matter.

Shekhar argued that the court should pass a pen drive submitted by Soni to the SIT probing the case. Before going underground, Soni had handed over the pen drive to advocate Manohar Dalal, who is appearing for the petitioner. The advocate general told the court that 67 women were rescued from the bar.

The advocate general said that if the pen drive is handed over to the SIT, it will be sent for analysis to a laboratory in Hyderabad.

The SIT has already sent to the laboratory digital evidence in laptops and mobiles seized from the five women accused whose houses had been searched after Singh complained that he was being blackmailed into parting with Rs 3 crore.

The advocate general said laboratory analysis would prove if the data in the pen drive matched other data or had been tampered with.