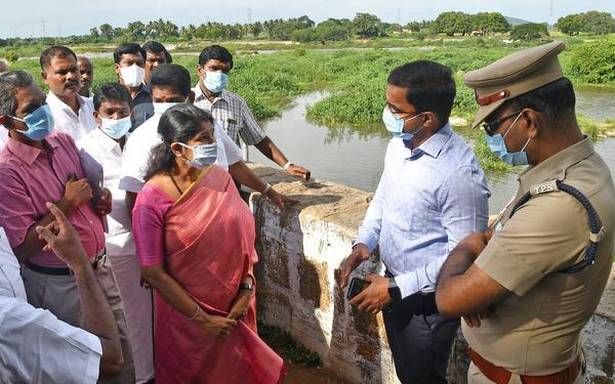 Thoothukudi MP K. Kanimozhi has assured to take steps to preserve the surplus water going waste into the sea.

The MP, who visited a few low-lying areas and also the check dam at Marudhur near here, told reporters that following widespread rain in the catchment areas of Papanasam dam, the storage level in the reservoirs in Tirunelveli and Tenkasi was rising steadily.

The surplus water, which is being released into the Tamirabarani, flowed into the sea. “We will examine modalities and take measures to prevent the water from going waste,” she said, adding water released from the dam was around 2,500 cusecs. However, when it reached the river, the flow was 10,000 to 15,000 cusecs.

Accompanied by Ministers Geetha Jeevan and Anitha Radhakrishnan, and Collector K. Senthil Raj, Ms. Kanimozhi said a series of preventive measures had been taken in view of the rise in the water level.