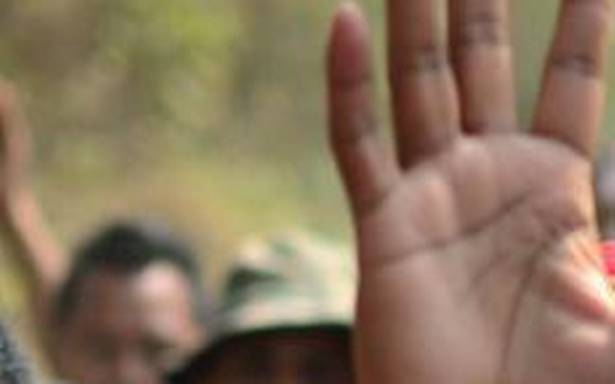 Senior Congress leader and Leader of the Opposition in the Meghalaya Assembly, Mukul Sangma, along with 11 other Congress legislators are said to have joined All India Trinamool Congress late on Wednesday evening.

There was, however, no formal announcement by the MLAs as they are likely to hold a press conference at Meghalaya’s capital Shillong on Thursday morning.

Mr. Sangma along with his colleagues submitted a joint letter to Speaker Metbah Lyngdoh, a source confirmed to The Hindu.

With this development, Trinamool Congress will be the principal Opposition party in the Meghalaya Legislative Assembly even though it had not won any seat in the 2018 Assembly elections in the State.

The Congress that so far had 17 legislators will now be reduced to only five MLAs.

Among those who are said to have joined Trinamool, eight MLAs including the former Chief Minister, Mukul Sangma, are from Garo Hills while the remaining four legislators are from Khasi Jaintia hills.

Former Congress chief Rahul Gandhi had met Mr Sangma and the State Congress chief Vincent Pala in the first week of October at Delhi to resolve their differences. But the meeting clearly failed to prevent the former Chief Minister from switching over to the Trinamool.

In the 60-member Meghalaya Assembly, the National People’s Party (NPP)-led coalition is in government and the NPP is a part of the National Democratic Alliance at the Centre as well as an ally of the BJP in Manipur.