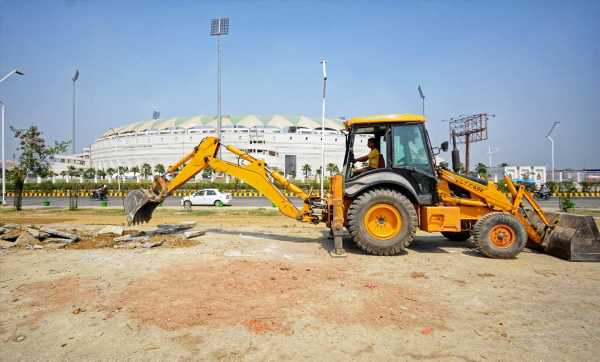 ‘Religion is being deprived of its spirituality and is being used for strife and war.’
‘The task right now is to keep raising a voice in favour of the ‘Real Hindustan’, its democracy, its composite culture, its people and their welfare.’

For the second election in a row, the Bharatiya Janata Party won a majority in the Uttar Pradesh assembly with more than a two thirds margin, with its vote share having gone up from 39.6% to 42.3%.

What does this mean for those who have been openly targeted during Yogi Adityanath’s first term in office: Muslims and secular activists?

Rediff.com Senior Contributor Jyoti Punwani spoke to UP residents and found despair, resignation as well as a determination to fight.

The third and final of a series:

Everyone in Lucknow knows Dr Rooprekha Verma, not only as the former vice chancellor of Lucknow University, but also as a committed fighter for secularism and women’s rights through her organisation Saajhi Duniya. Her experience of the last five years leaves the 78-year-old educationist with little hope.

Did you expect these results?

No. The country has been so impoverished on all scales of well-being, I expected voters to use minimum wisdom and concern for the country and consequently vote out the present incumbents.

Also, there seemed to be huge resentment among youth over unemployment, deep dissatisfaction among farmers, especially with respect to the killings in Lakhimpur and easy bail to the accused. There seemed to be great anger among the common citizens over the openly false claims of medical facilities during Covid.

The fact that despite these monumental failures on the part of the regime it got majority support is perplexing. The possible explanations lead to very sad conclusions about the changing consciousness of the nation. It looks almost suicidal.

Was the victory only because of anti-Muslim rhetoric or more than that?

Also, I guess, a ‘couldn’t care less’ macho (dabangg) posture by the main actors at the helm of affairs got currency with the public. The public has generally been confused over the distinction between courage and machismo or between courage and high-handedness.

This posture has begun to fire the imagination of today’s youth more than the older Gandhian values of ahimsa, tolerance and sensitive co-existence.

Demonisation of Muslims, distortions of history and false narratives of communities, packed with emotional hurt, have blinded many towards the true narratives and basic character of Hindustan.

In these last 5 years, have you been able to carry on your work of communal harmony in the same way as before?

‘Harmony’, ‘Ganga Jamuni Tahzeeb‘, ‘tolerance’ and several such words have systematically been maligned and ridiculed. Not only this, these words and conforming acts have invited punitive action by the State.

Any critique of communally divisive acts or discourse, any protest over violation of a woman’s body and dignity, any correction of historical distortions, any demand for human rights has brutally been suppressed and penalised.

The theme most disliked by the State is ‘composite culture’, even though it is this feature which defines the basic spirit of Bharatvarsh or India.

In the last five years almost every attempt of ours to raise a voice was disturbed by the police. Most of the time we were insulted, pushed, ridiculed and detained or house-arrested. ‘Zubanbandi‘ has been the basic State policy all these years.

Have the last 5 years affected the way Hindus and Muslims interact with each other within your group? And with people outside your group?

Not in my group.

In my general acquaintance I noticed some change. Muslims have mostly adopted silence over most political and religious matters. They have become more uncommunicative in the presence of non-Muslims. Many of them hesitate even to correct historical distortions and lies, or to remind others about the contribution of Muslims in different spheres of the nation’s life, lest they face longer and distorted rebuttals.

A similar change is noticed in some secular-minded Hindus too.

Happily, many of these silent ones are those who, in the presence of more reasonable people, show full confidence in overcoming this attitude and make rightful claims on the nation, asserting that this is their country and that they will fight and die only here. (Ye hamara vatan hai, hum isi ki khaq mein dafan honge).

The ‘safety zones’ are tragically divided, creating a new level of ‘ghettos’. Is your work cut out for you in the next five years?

I am still trying to understand the present phenomenon.

What’s immediately obvious is that much is at stake just now. Almost everything which is prideworthy for the nation and also for humanity is being eroded. My nation, its dignity and welfare, is being defaced. It is being divided.

Religion is being deprived of its spirituality and power of solace and is being used for strife and war.

The task cut out right now is only to shun lamentation and keep raising a voice in favour of the ‘Real Hindustan’, its democracy, its composite culture, its people and their welfare. And, to try sensitising people towards equality of caste, creed and gender.

I may not live for 5 more years. Even if I do, I may not remain capable for that long. But as long as body and mind work, I shall carry on my work.