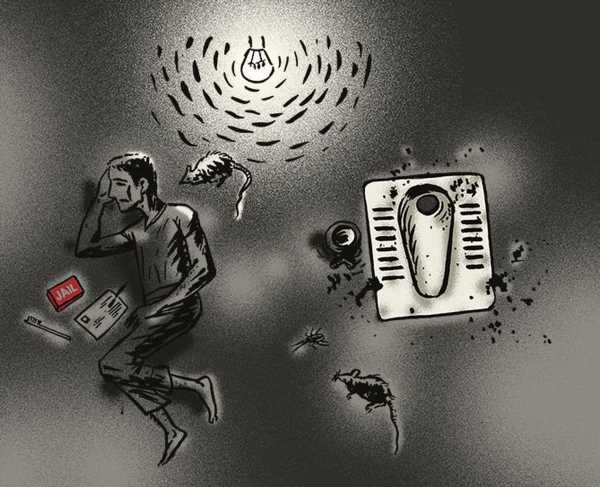 ‘Your faith in the system, and in the fact that you are a citizen of this country and have rights, starts eroding.’

“Jail is not a place for human beings.

“You don’t know what to do when you are there.

“Then, there the trauma of the sections under which you are arrested.

“It’s worse, much worse, when you have been falsely accused and are innocent.”

When Sameer Khan begins to speak, he is both resigned and angry.

Khan — who is Maharashtra minster and Nationalist Congress Party leader Nawab Malik’s son-in-law; he is married to Malik’s daughter, Nilofer Malik Khan — and seven others were arrested on January 9, 2021, by the Narcotics Control Bureau under the Narcotic Drugs and Psychotropic Substances Act.

In its chargesheet, the NCB claimed the accused had conspired to procure, sell, purchase and transport 194.6 kilogrammes of ganja (a form of cannabis). The eight were charged for dealing with commercial quantities of the drug, a crime that carries a maximum punishment of 20 years.

Khan received bail on September 27, 2021, on a surety of Rs 50,000. This bail was given after the forensic laboratory report said 11 of the 18 samples it received could not be detected as cannabis.

A few months later, on February 23, Nawab Malik, who spoke strongly against the central investigative agencies, was arrested by the Enforcement Directorate.

Malik has been accused of funding terror because of a property transaction the Enforcement Directorate alleges he made with fugitive gangster Dawood Ibrahim’s sister, the late Haseena Parkar, and arrested under retrospective application of the provisions of the Prevention of Money Laundering Act.

This is the first time Sameer Khan has spoken about his experiences in the Taloja (in the Raigad district) and Arthur Road (central Mumbai) jails.

How did you divert your mind in jail?

Sameer: I tried to read.

I read the book on J Dey’s murder (Jyotirmoy Dey, a 56-year-old Mumbai journalist who covered crime, was shot dead in broad daylight near his home on June 11, 2011. In May 2018, gangster Chhota Rajan and eight others were convicted for his murder).

Since I was kept in a general cell in both jails, I got the opportunity to speak to other prisoners.

And I can say one thing for sure: Jail is not a place for human beings.

Sadly, in our country, you are guilty until you are proven innocent.

It is the most painful experience for anybody to go through.

Did you get negative thoughts when you were inside?

Sameer: It is the most negative place for any person to be in, so, of course, I got negative thoughts.

You start doubting yourself and your existence. Your faith in the system, and in the fact that you are a citizen of this country and have rights, starts eroding.

Why was I undergoing all of this for no reason?

Moreover, your communication with the outside world is cut off, so you don’t know what’s going on.

Worst of all, you don’t know what’s happening with your own case.

Your right to liberty is snatched away from you.

They accused me under all these draconian acts. And I had to wait for six months for the agencies to file the chargesheet. In my case, it was filed even later because some investigations were going on and the forensic report was pending. And, since the chargesheet was filed later, they ensured my release was also delayed.

The process is made extremely lengthy and painful.

They leave no grounds for your lawyers to fight for your bail. They put you in a hole and then it is such a struggle to get out.

In my case, the various sections they had listed ensures you don’t get bail for a long time.

Were your lawyers not allowed to visit you?

Sameer: When I was in prison, we faced the second wave of COVID.

There was a lockdown again and prisons were shut. 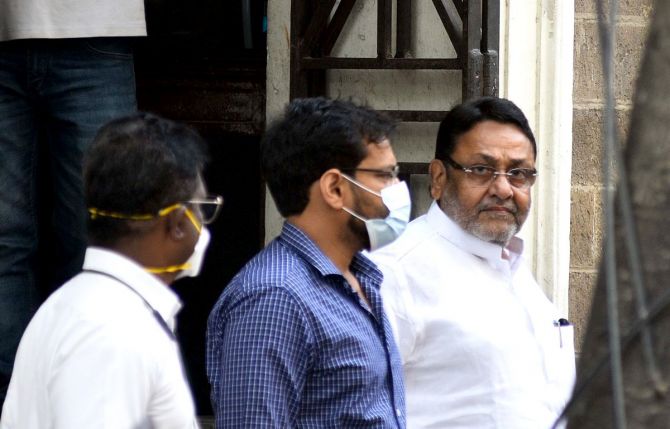 What was the condition of people around you in jail?

Sameer: A majority of people in jail are those who cannot afford a lawyer.

When I realised this, I would write their case numbers and send it to Nilofer in case she could help from outside.

I interacted with people who didn’t have the money for their sureties (in this case, money given as a promise that you will appear in a court of law when called) for the bail. So how could they get out of jail?

They require at least Rs 50,000 to do so and they don’t have that kind of money.

Nor do they have people who trust them enough to try and put together the money for them.

While many families cannot afford the amount, some prisoners have been disowned by their families who cannot cope with the stigma of their being behind bars.

Nilofer: The authorities need to understand that when a man, who is the head of the family and the main breadwinner, is jailed, the family has to deal with the stigma.

People don’t want to interact with the families of people who are in prison. They don’t want to have any financial or professional deals with them.

Nobody buys things from them and their resources are depleted. It is extremely tough for such families.

The ones who suffer the most are their spouse and children, who have to face all the taunts.

People say you are a druggie’s wife; the children are taunted and told their father is a criminal.

The school fees have to be paid; many families have to pay EMI; loans sometimes get cancelled.

These families — who now have so many new things to deal with — don’t have anybody they can rely on.

In our case, my father supported me. Otherwise, with our bank accounts frozen, how would I have fought the case? How would I have paid the lawyers’ fees?

How can daily wage earners, and their families, survive under the circumstances?

The worst is when your children’s friends start behaving differently and begin distancing themselves. The mothers ask us to stay away and not mix with their children.

I have been through all of this.

Are your children still scarred?

Since I have returned home from jail, they have become clingy.

If I get up in the night to go to the toilet, the younger one wakes up crying and asks Nilofer where I have gone.

Nilofer: They were severely affected when he was in jail. The younger one would cry profusely and keep asking when is Dada coming back?

My mom would try and reassure him that Sameer would return the next day. I would explain to her that it was not good to give the children false hope since they would have to face the same situation again the next day.

If I stepped out of the house, my younger one would cry and ask when I was coming back.

When I took him to (the toy store) Hamleys, he bought a toy jail and Batman. He said Batman is going to release all those in jail, including his father.

I told him that, this time, his Nana (grandfather) and Mamma were Batman and they would bring his father home.

It was the worst thing in the world… to see how all this had impacted my children; they understand a lot more than we realise.

Now that Daddy is in jail, when children see anything in the news that is against their grandfather, they say that person is not our friend.

My younger one tells me, ‘Don’t be worried. My Dada came out. Even your Dada will be released.’

The agencies labelled my husband a drug peddler. Now, they have tried to connect (fugitive gangster) Dawood Ibrahim to my father.

There seems to be no end to all of this.

Do they even think before they make such allegations?

We have not been proven guilty, but we were made to feel bad as we have had to face so many allegations.

The kind of things that have been said against our family is very insensitive.

Then even the milkman, istriwala (the person who irons clothes for a living), baniya (grocer), tailor… everybody who received money from and sold goods to (Dawood Ibrahim’s sister) Haseena Parkar and her family should be accused of funding terror.

What they are doing to is right now is pure harassment. Did the NCB officers tell you that their real target was your father-in-law Nawab Malik?

Sameer: They hinted at it many times.

When I was brought to the NCB office for the first time, the investigating officer announced that I was Minister Nawab Malik’s son-in-law Sameer Khan.

That announcement gave away their plot.

I stood my ground and repeatedly said I have nothing to do with the allegations they have made; the product was only tobacco. But they were not ready to listen to the truth.

Later, they said they wanted to ‘break Nawab Malik’s leg’, basically indicating they wanted to render him powerless and ensure he was longer a minister.

Now that I am out of jail, they have filed an application in court to cancel my bail.

There are eight accused in this case. But they have filed an application to cancel only my bail.

Obviously, it is a vendetta.

How has your life changed since all this began?

Sameer: People react to me differently.

My children are affected.

You are surrounded by a sense of paranoia as you wonder what will happen next.

You feel bad for what you went through and for the people who are in jail.

In a way, you are scarred for life.

We can’t live and work as normal people.

Something like this affects your mind, your business and the various relationships in your life.

There are quite a few people who are not comfortable staying in touch with me now.

Some feel compelled to limit their interactions with us as they fear they too might get into trouble.

After I got bail, I thought the worst was behind me. I felt quite fearless.

Now, with his (Nawab Malik’s) arrest, the trauma is back with us.

Nilofer: In the initial days after Sameer returned home — it has been only six months since he was released — he would shiver and mumble in his sleep.

Our children don’t sleep alone anymore; they sleep with us.

My dad was a great support and now they have arrested him.

Before he was arrested, he would call us twice a day to check on Sameer. He would urge him to start working and urge all of us to treat this jail episode like a bad dream that had ended.

And look at what they have gone and done.