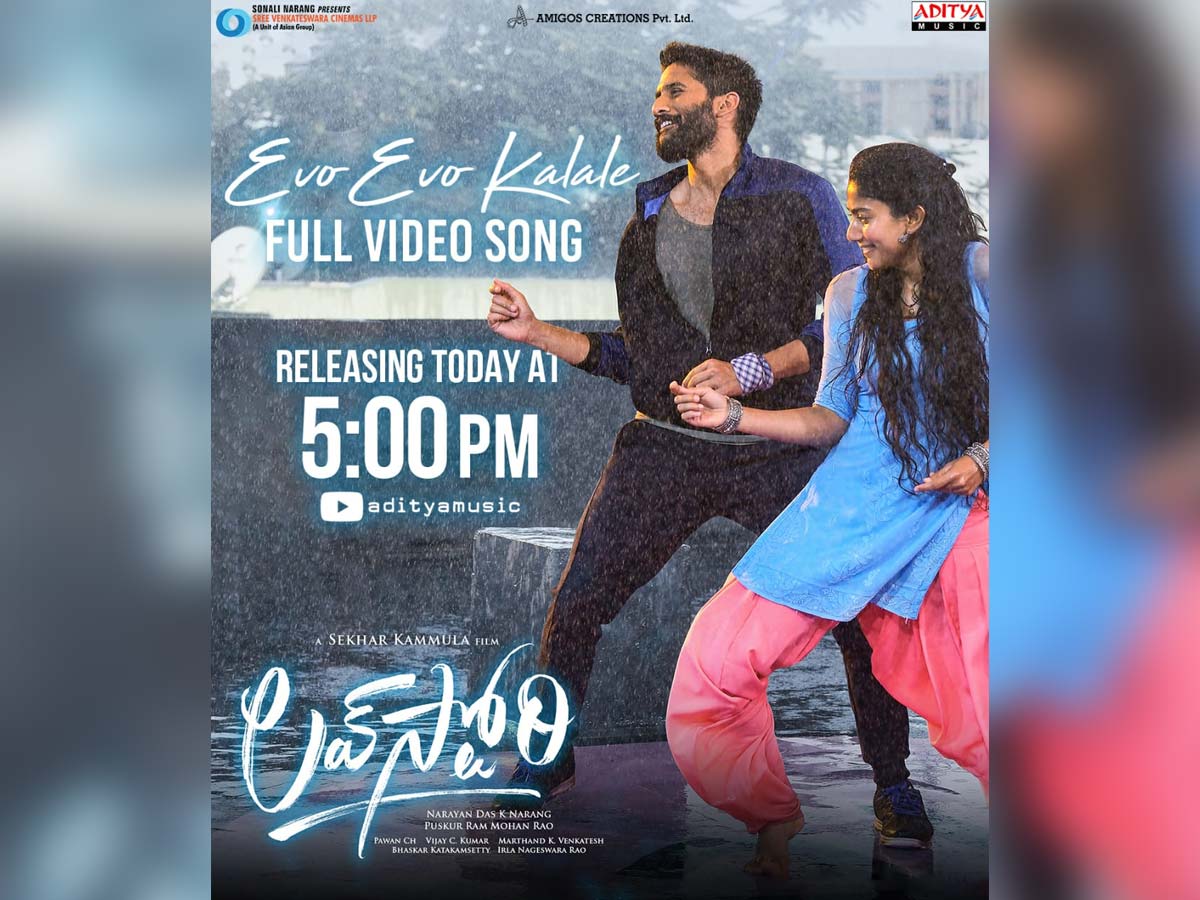 The video will show Naga Chaitanya and Sai Pallavi shaking a leg to the number in heavy rainfall. Lyricist Bhaskara Bhatla has penned the lyrics whereas Jonitha Gandhi and Nakul Abhyankar crooned the song. Music director Pawan Ch composed the songs and delivered yet another catchy tune that will remain memorable for long.

Love Story, which is helmed by Sekhar Kammula, is all about the story of  two people who move to the city with big dreams in their eyes. Naga Chaitanya is playing Revanth, while Sai Pallavi plays Mounica.

This is Sai Pallavi’ second film with Sekhar Kammula, after her debut film Fidaa in which she romanced mega prince Varun Tej.