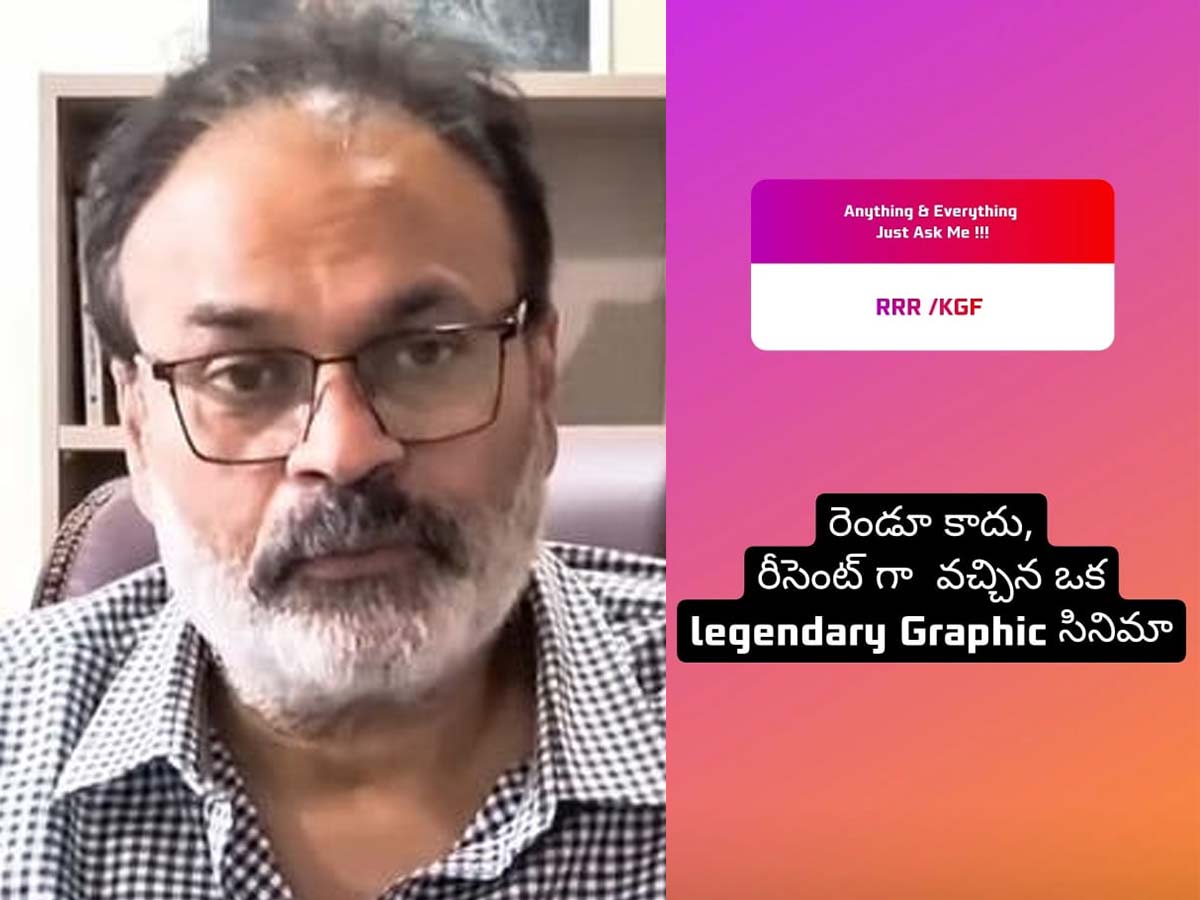 Not to mention the punches and satires that Megabrother Nagababu throws on social media. Recently, Nagababu has been participating in question and answer sessions with fans on Instagram and Twitter. In it he answers the questions asked by the fans in his own style. Counters are also being placed directly on some in this order.

Some are indirectly satirised. Freshly once again captivated with fans. Most of the questions were about politics. Fans asked questions related to YS Jagan, AP ministers, Janasena and Pawan Kalyan. However, Nagababu gave a strange answer to a question asked by a netizen. But when asked if it was ‘RRR‘ or ‘KGF’, Nagababu replied.. ‘Not both.. It is a recent legendary graphics movie’.

Everyone thinks that Nagababu indirectly talked about the movie ‘Son of India’. In the past too, he also comments that when I was mesmerized by the fans.. I went to a movie recently.. he countered that both of them were there. It is clear that Nagababu is making these comments targeting the Manchu family.

Nagababu has been at loggerheads with the Manchu family since the start of MAA elections. Still that affair seems to be hot.  Recently, Manchu Manoj targeted Nagababu for his higher purpose. That affair also went on for a while. Anyways together they are giving good content to memes!