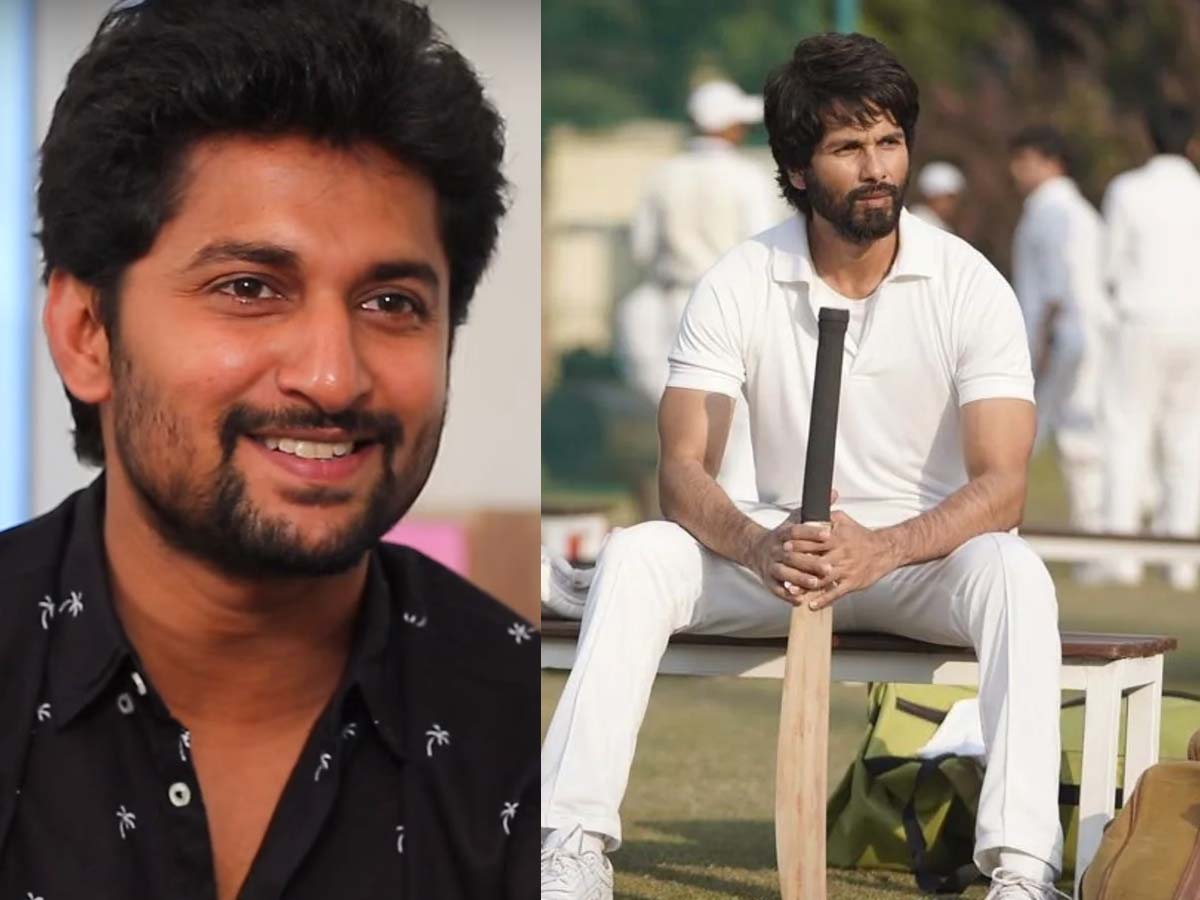 After several rounds of delay, Gowtam Tinnanuri’ directorial venture  Jersey starring Shahid Kapoor and Mrunal Thakur has finally arrived on the big screens today  on 22nd April.   The Hindi movie Jersey is remake of  Telugu film of same title in which Natural star Nani and Shraddha Srinath played the lead roles. According to Nani, he watched the movie and shared the review of Jersey on his Twitter and he also showered praises on the performance Shahid Kapoor.

Ninnu Kori and Shyam Singha Roy fame Nani tweeted:Watched Jersey and our Gowtam Tinnanuri’ again hit it out of the park. What performances and heart. Shahid Kapoor and Mrunal Thakur. Pankaj Kapoor sir and my boy Ronit This is true good cinema. Congratulations

It seems the fans of Nani are not happy with this tweet because according to them, no any other actor can replace Nani. One of the netizen wrote: I know it’s a formality wishes., We know the truth., No one can replace ur role in #Jersey. Another twitter user wrote: Anna no one can match your soul in the #Jersey . Especially in the railway station Scene Nani. Another Twitter user tweeted: Ni one can Replace ur performance., Its history., Not to be scratched by anyone.,it’s one piece.