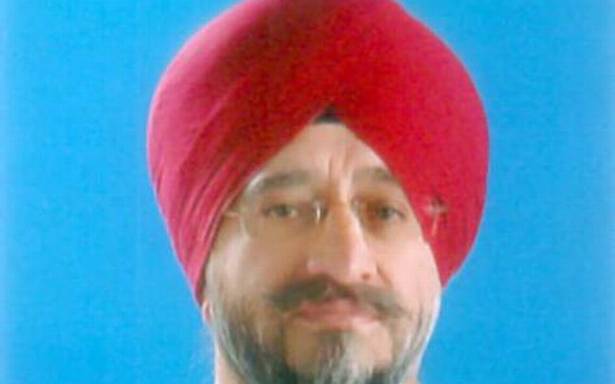 The body of the 67-year-old Wazir was found in a decomposed state.

Deputy Commissioner of Police (West), Urvija Goel, said, “Information of a dead body was received at Moti Nagar police station. On reaching the spot, our team found the decomposed body of a person who was identified as Trilochan Singh Wazir by one of his acquaintance.” Further investigation is in progress to ascertain the exact cause of his death, police said.

The family of the deceased has been informed and the body has been sent for post-mortem, they said, adding Mr. Wazir was a resident of Jammu.

NC leader Omar Abdullah expressed shock at the death of his colleague.

“Shocked by the terrible news of the sudden death of my colleague Sardar T. S. Wazir, ex member of the Legislative Council. It was only a few days ago that we sat together in Jammu not realising it was the last time I would be meeting him. May his soul rest in peace,” he tweeted.

Taking to Twitter, President of the Delhi Sikh Gurdwara Management Committee and National Spokesperson of the Shiromani Akali Dal, Manjinder Singh Sirsa, said, “Shocked & deeply pained with the murder of my dearest friend like mentor S. Tarlochan Singh Wazir ji in Delhi. He has given valuable services as Chairman of District Gurudwara Parbandak Board, J&K. My deep condolences to his family. May Waheguru grant eternal peace to his soul.”