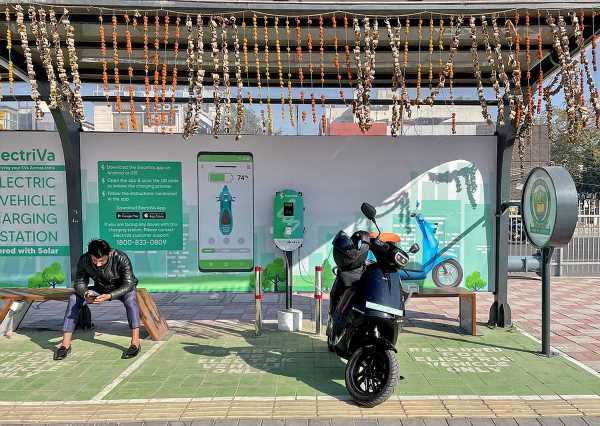 Ola Electric will roll out its complete offering of electric scooters and motorcycles in each segment of the market — premium, mass premium, and economical — in the next 12 months in a bid to push for a near-full conversion of the two-wheeler market to electric in three years. 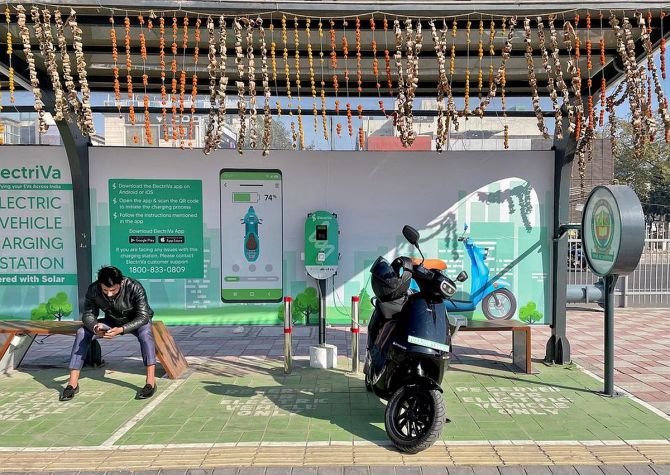 According to Bhavish Aggarwal, founder and CEO of Ola Electric, “ICE (internal combustion engine) products will fall off a cliff.”

He also says the company is aiming to become profitable next year.

In the passenger car segment, while its top-end first model will hit the market in 2024, the company plans to come out with electric cars ranging from Rs 5 lakh to Rs 50 lakh by 2027.

Elaborating on this aggressive strategy, Aggarwal says: “It is not going to be a linear market growth journey, but a logarithmic one. Consumers are very fast in dumping old technology, and that is the nature of technology disruption.”

Aggarwal further says: “We see the whole or near 100 per cent of the two-wheeler market shifting from ICE in three years.”

As for Ola Electric’s profitability, Aggarwal says: “We have started selling for the last eleven months, and we are confident that we will become profitable sometime next year.”

The company saves costs by selling directly, and hence does not have to fork out dealer margins.

Nor does it make big marketing spends.

The savings are diverted to product development and research.

According to Aggarwal, ICE players who think that it will take a long time for the conversion of two-wheelers into electric mode, are doing so at their own peril.

The Ola boss says that the company is already the market leader in the premium scooter market (over Rs 1 lakh), where 90 per cent of the market has converted to electric.

In the premium mass scooter segment, Ola is launching its third model in April next year.

This will be on the same premium scooter platform, but with a much more optimised powertrain, and will be priced at Rs 85,000.

Currently, 85 per cent of the scooter market is in this category, and so Ola plans to give a big push to their volumes in this space.

Also on the anvil are plans to launch motorbikes across all segments next year.

When it comes to the passenger car space, Aggarwal concedes that there will be competition from global players.

“Our aim is that within three years of the first launch, we will have electric cars costing between Rs 5 lakh and Rs 50 lakh,” he says.

Aggarwal says that the median of the passenger car market has shifted from the Rs 10-lakh price point to Rs 15-20 lakh, because of the growth of mid-sized SUVs in the last couple of years.

He also points out that the sub-Rs 10 lakh segment is not growing.

Only 1 million cars are being sold in this category, he says, and that is because consumers do not find it “exciting enough”.

Hence, says Aggarwal, “well-engineered electric cars in this category will bring back the customers again.”

He feels that the real competition in the passenger car market will be seen after two years when global players will come in with multiple world-class products, and not just lower price points.

However, he believes that an Indian company can do better in India than foreign players.

Ola also sees a large global play for itself in the $1000-$50,000 market in Africa, Latin America, and Southeast Asia.

In the US and Europe, its focus will be on the premium and luxury segment, says Aggarwal, adding that only China has mass and premium electric vehicles.

“Given India’s large domestic base, and the government’s production-linked incentive (PLI) scheme, which provides incentives for manufacturing EVs, and with supply chains wanting to come in, India has a real chance to have a shot at this segment of the market, which is huge. In the ICE world, this market was dominated by the Japanese and a bit by South Korea, which has been much slower in EVs,” says Aggarwal.

The Ola chief points out that EV companies that will win the game are those with control over technology.

“The current auto paradigm has been to outsource and give it to suppliers to manufacture at low cost, and mostly assemble.

“But the paradigm in EV is the opposite: it’s only those who control the technology — software, battery and systems, electronics, etc — who will win the game.

“And we have much greater know-how than any of our competitors,” says Aggarwal.