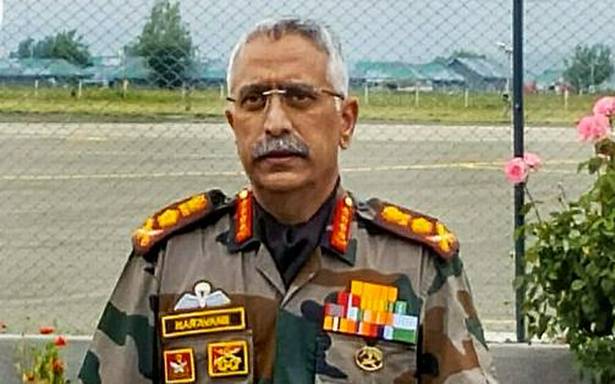 It is learned that there is a strong possibility of appointing Army Chief Gen M.M. Naravane to the top post considering his overall experience.

The government has started the process to appoint the next Chief of Defence Staff (CDS) and a list of names based on recommendations from the three services will soon be submitted to Defence Minister Rajnath Singh for approval, officials said on Friday.

They said the government is finalising a panel comprising senior commanders from the Army, the Navy and the Air Force to choose the successor of Gen Bipin Rawat, who died in a helicopter crash near Coonoor last week.

The list is being finalised based on recommendations from the three services and it will soon be submitted to Mr. Singh for approval, two people familiar with the development said.

Following the approval by the Defence Minister, the names will be sent for consideration by the Appointments Committee of the Cabinet for taking the final decision to appoint a new CDS, they said.

It is learned that there is a strong possibility of appointing Army Chief Gen M.M. Naravane to the top post considering his overall experience. The Army Chief is due to retire in April.

Gen Naravane is the senior-most among the three service chiefs.

If Gen Naravane is appointed as the CDS, then the government will also have to look for his replacement.

Lt Gen Mohanty and Lt Gen Joshi are from the same batch and are the senior-most commanders after Gen Naravane. Both of them are due to retire on January 31.

Gen Rawat, his wife Madhulika and 11 armed forces personnel were killed in the helicopter crash on December 8. The lone survivor of the crash, Group Captain Varun Singh died on Wednesday.

On January 1 last year, Gen Rawat took charge as India’s first CDS with a mandate to bring in convergence in the functioning of the Army, the Navy and the Indian Air Force and bolster the country’s overall military prowess.

Another key mandate of the CDS was to facilitate the restructuring of military commands for optimal utilization of resources by bringing about jointness in operations, including through the establishment of theater commands.

A high-level committee set up to examine the gaps in India’s security system in the wake of the Kargil war in 1999 had recommended the appointment of the CDS as a single-point military adviser to the defence minister.

In the last two years, Gen Rawat carried out the extensive groundwork to roll out tri-services reforms.

The CDS is also the Secretary of the Department of Military Affairs (DMA) in the defence ministry and the Principal Advisor to the Defence Minister.