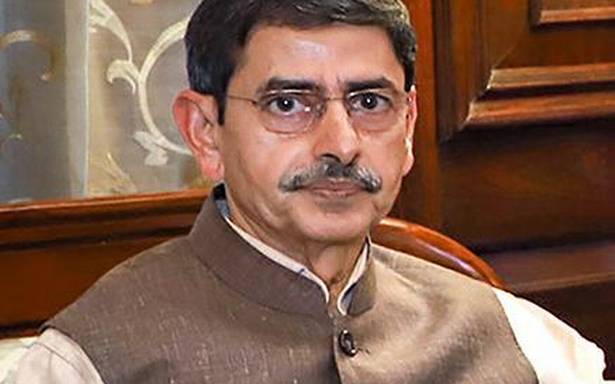 Members of Parliament, ideologues and activists have called for replacing R.N. Ravi as the interlocutor in the Naga peace process to prevent it from derailing.

Mr. Ravi is the Governor of Nagaland and has been crossing swords with the extremist Isak-Muivah faction of the National Socialist Council of Nagaland or the NSCN (I-M) for almost two years.

The Naga Peoples Movement for Human Rights (NPMHR), active in Manipur and Nagaland, had organised a conference in Delhi on Saturday.

The participants noted the “sudden derailment” of the peace process due to the “trust deficit” between Mr. Ravi and the NSCN (I-M). They resolved that it was necessary to appoint a new interlocutor who can re-establish the trust of the negotiating parties.

Rajya Sabha member Vaiko called for the revival of the peace process that “has been put in a cold storage” since the Framework Agreement was signed on August 3, 2015.

The NPHMR quoted from a statement of Naam Thamizhar Katchi chief Seeman that was read out at the conference.

“I strongly believe that only by engaging in frequent, result-oriented dialogues, we will get our rights and sovereignty. Also, it is our duty and responsibility to propagate the present status of Indo-Naga peace process and provide an amicable solution to avoid the human rights crisis similarly placed in Sri Lanka against Eezham Tamils,” the statement read.

Mr. Seeman hoped the Prime Minister would come forward to follow the clauses and conditions enshrined in the Framework Agreement.

The success of the Naga peace process would depend entirely on the actions of the Centre, Tamil National Movement general secretary K. Venkataraman said in his virtual speech.

Other participants said the NSCN (I-M) has repeatedly engaged Delhi in negotiations to resolve their political demands and the non-dilution of its core values which “speaks volumes of the wisdom” of the collective leadership.

The process has been on since mid-1997 when the NSCN (I-M) declared a ceasefire with the armed forces. Other groups began opting for talks since 2001.