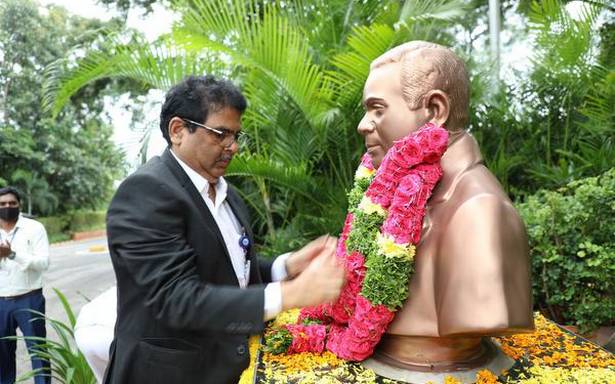 Nuclear Fuel Complex (NFC) celebrated the 97th birth anniversary of the project director and first chief executive and project director, N. Kondal Rao (1975-1984) on Thursday. He was responsible for production of the first PHWR fuel bundle which was used in the first half-charge of Rajasthan Atomic Power Station-I at Rawatbhatta.

The bust of Dr. Rao was garlanded by chairman & chief executive, NFC, Dinesh Srivastava, during the celebrations in which the first CEO son N. Prabhakar also participated. The strong base set up by the first CEO in early 1970s has resulted in development of new technologies and production processes for enhanced production and quality with safety.

He also appreciated the contributions of all the staff members of NFC for their support in meeting all the targets set-up by NFC for the last two years in spite of COVID-19 pandemic. The NFC has taken all precautions during the pandemic period, a press release said.