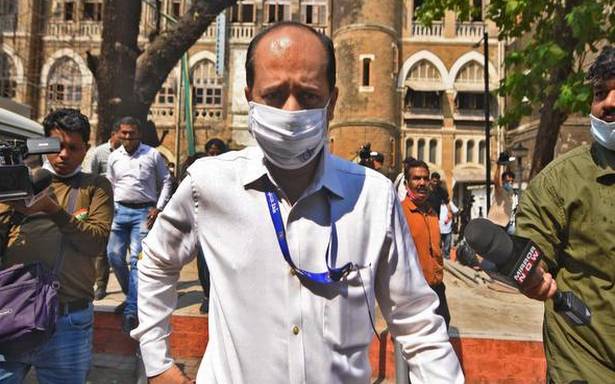 The NIA said the accused can take appropriate medical treatment and undergo coronary artery bypass grafting surgery at the Mumbai-based private hospital under the supervision of his doctor.

A special National Investigation Agency (NIA) court in Mumbai on Thursday allowed former police officer Sachin Vaze’s plea to shift him to a private hospital in Mumbai for treatment of his heart ailment and surgery.

Vaze, an accused in the Antilia bomb scare-Mansukh Hiran murder case, is currently admitted to a hospital in Thane.

On Tuesday, Vaze had filed an application seeking court’s directions to shift him to a hospital in Mumbai, a defence lawyer said. The prosecution didn’t oppose his plea subject to conditions.

The NIA said the accused can take appropriate medical treatment and undergo coronary artery bypass grafting (CABG) surgery at the Mumbai-based private hospital under the supervision of his doctor.

The agency also urged the court to give directions to the jail authorities concerned and the police commissioner to provide adequate security to Vaze during treatment.

It had also requested the court to allow his wife to remain with him for taking care and for necessary decision about his treatment. The court, after hearing both the sides, Sachin Vaze’s plea.

On August 30, the NIA court had allowed him to get admitted to a private hospital for treatment of his heart ailment after he said he doesn’t want to become “another Stan Swamy”. After that, he was admitted to a hospital at Bhiwandi in Thane.

Sachin Vaze, along with nine other accused in the case, are currently in judicial custody. He was lodged in Taloja prison in Navi Mumbai.

An explosives-laden vehicle was found near industrialist Mukesh Ambani’s south Mumbai residence on February 25. Mansukh Hiran, a Thane-based businessman, had claimed that the vehicle was stolen from his possession a week before that. He was found dead in a creek in Thane on March 5.

The NIA claimed that Sachin Vaze was involved in the planting of the explosives and Hiran’s murder and arrested him on March 13. He was later dismissed from police service.