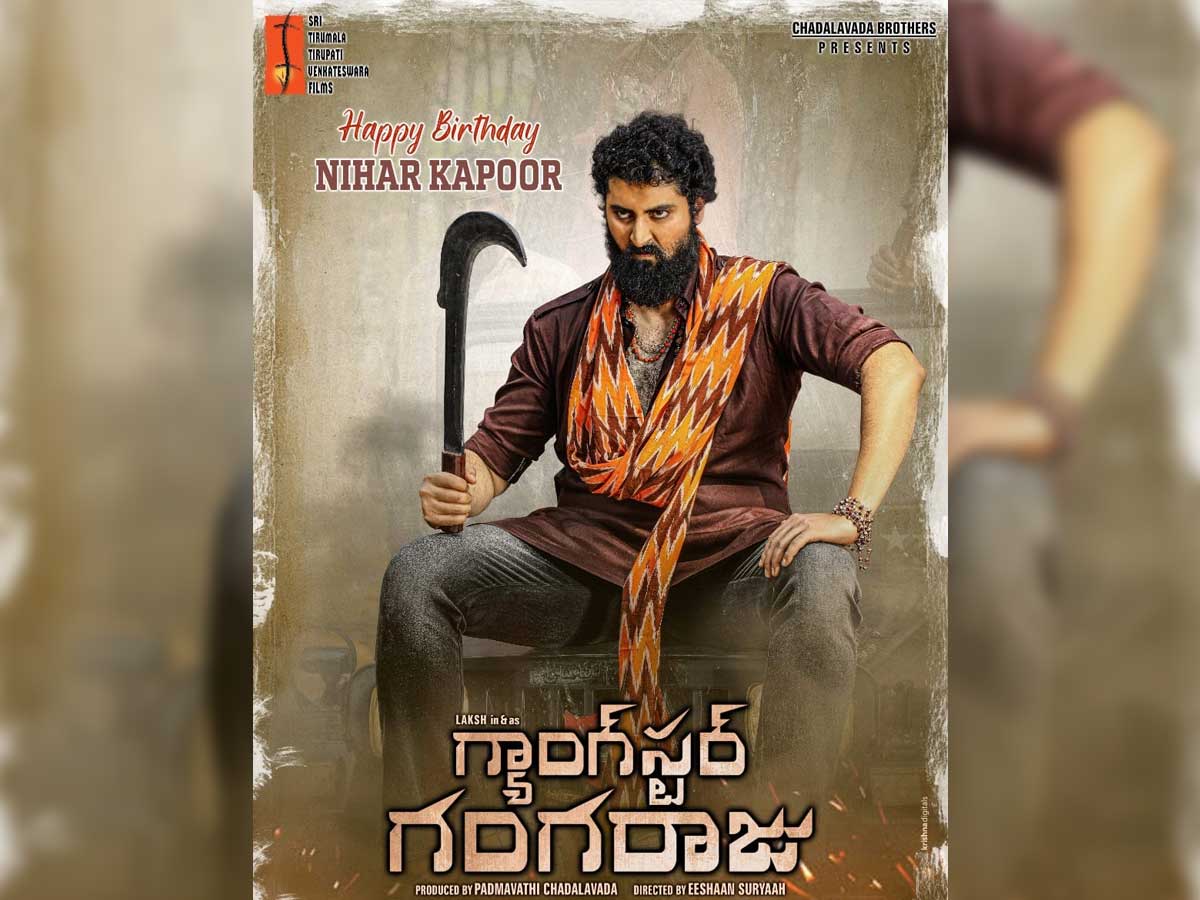 Young Telugu actor Laksh Chadalavada makes conceptual movies to encourage talented young directors. After wowing audiences with the action thriller Valayam, Laksh Chadalavada is making his comeback with a family entertainer titled ‘Gangster Gangaraju’  in which Vedika Dutta is playing the female lead. Today on the occasion of actor Nihar Kapoor’ birthday, the makers  of ‘Gangster Gangaraju’  released the first look poster of the actor. Coming on the poster, Nihar Kapoor looks intense and fierce.

In the month of August, the makers of ‘Gangster Gangaraju‘  , launched the first look poster of Laksh Chadalavada who was seen wearing a under cool outfit. He was seen sipping the coconut water in his own style.

The upcoming action entertainer ‘Gangster Gangaraju’ is bankrolled by  Padmavathi Chadalavada  under the banner of ‘Sri Tirumala Tirupati Venkstwshwara Films’ while Chadalavada Brothers are presenting it. Young and promising director Eeshaan Suryaah is helming Nihar Kapoor and Laksh starrer and it has the music by Sai Kartheek.