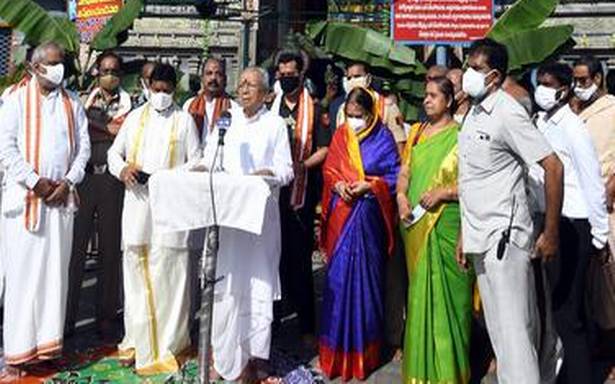 Darshan to be allowed till 10 p.m. every day

The nine-day Dasara Utsavams began at the Sri Durga Malleswara Swamyvarla Devasthanam atop Indrakeeladri in Vijayawada on Thursday.

Temple authorities began the nine-day Navarathri Utsavams after performing Suprabatha Seva and special pujas from 3 a.m. Darshanam will be allowed to devotees up to 10 p.m. every day, the Devastanam officials said.

Goddess Durga Devi was decorated as Sri Swarnakavachalankruta Durga Devi Alankaram on the first day of the festivities.

Governor Biswa Bhusan Harichandan and his wife Suprava Harichandan visited the temple and offered prayers to the deity. They performed the first puja to Durga Devi.

Endowments Minister Velampalli Srinivasa, Devasthanam Trust Board Chairman Paila Sominaidu and Executive Officer D. Bhramaramba offered a traditional welcome to the Governor and his wife at the temple.

“It was a great opportunity for me to have darshan of Goddess Kanaka Durga and perform pujas during Dasara Utsavams. I pray to the deity to bless people with good health and relieve them of all problems,” Mr. Harichandan said.

Heavy rush was witnessed at the temple on the first day. Endowments Department authorities made elaborate arrangements for the Navarathri Utsavams. The temple was illuminated for Dasara festivities and police stepped up security for the festival. Vijayawada Central MLA M. Vishnu and district authorities were present. 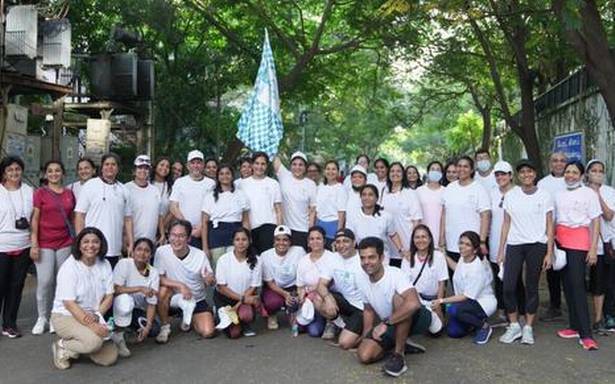 Duathlon flagged off in Chennai to raise awareness, funds for paediatric cancers