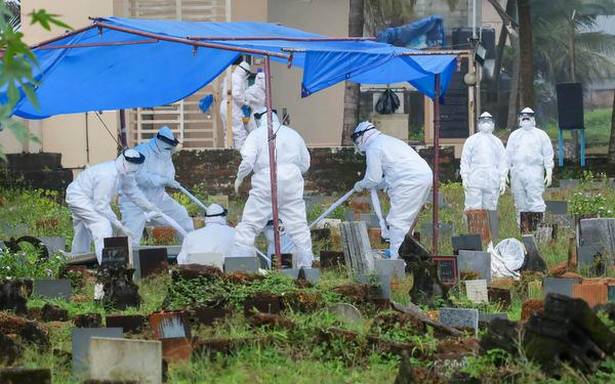 An alert has been declared in Dakshina Kannada district of Karnataka in the wake of Nipah virus infection in neighbouring Kerala and a boy succumbing to the disease on September 3.

Dakshina Kannada deputy Commissioner K. V. Rajendra issued the alert and appealed to the people to remain cautious. He has also directed the health department officials to take all precautionary measures.

“A 12-year-old boy died of Nipah virus infection in Kozhikode district of Kerala on September 3. Since Dakshina Kannada district shares its border with Kerala and a large number of people commute for health and education purposes, a Nipah alert has been announced,” he said in a statement.

Nipah is a zoonotic virus which spreads from animals to humans and also transmitted directly between people. It can cause acute respiratory illness and fatal encephalitis besides fever, headache, cough and throat pain, the DC said and asked the people to inform the health department immediately if any person is found experiencing the symptoms.

The DC has called upon people to wash hands using detergents frequently and stay away from bats and pigs that cause the spread of the virus. “Do not consume fruits that were partly eaten by birds and animals,” he said.