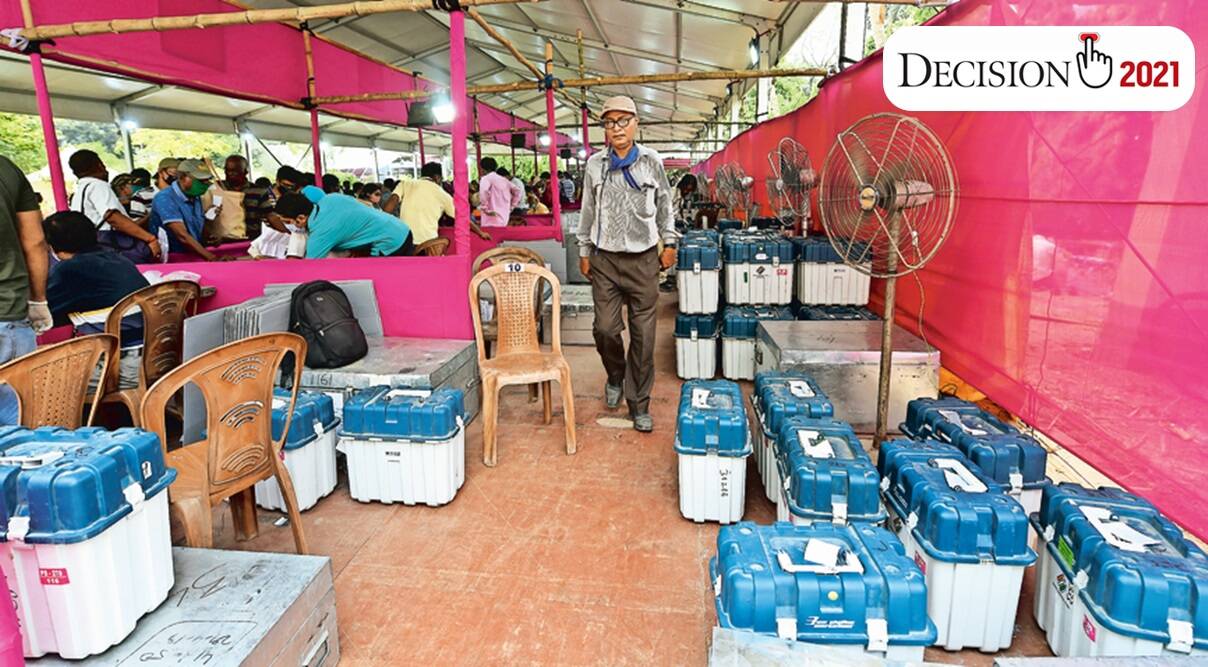 The order came after the state Chief Electoral Officer (CEO) held an all-party meeting, where parties were urged to abide by Covid guidelines, including mandatory masks for candidates and campaigners, and advised to hold smaller meetings instead of big rallies. 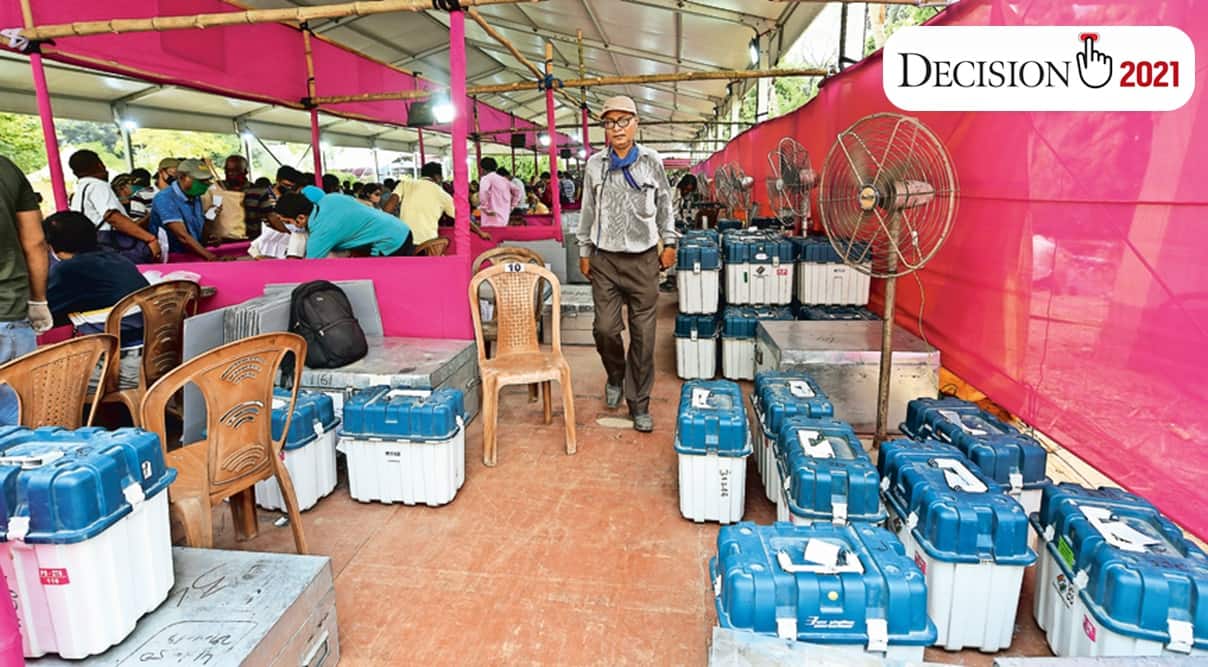 AMID rising Covid cases, the Election Commission banned all forms of campaigning, including rallies, street plays and nukkad sabhas, between 7 pm and 10 am in West Bengal starting Friday. It also extended the silence period for campaigning from 48 hours to 72 hours before voting day for the phases on April 22, 26 and 29 in view of “the unprecedented public health situation”.

The order came after the state Chief Electoral Officer (CEO) held an all-party meeting, where parties were urged to abide by Covid guidelines, including mandatory masks for candidates and campaigners, and advised to hold smaller meetings instead of big rallies.

The EC also wrote to all parties asking them to advise their leaders and candidates to adhere to the campaigning guidelines and directed the state machinery to deal with all violations strictly, and cancel rallies and invoke penal action if needed.

The decision to extend the ‘silence period’ and curtail electioneering hours was taken because of “repeated violations” by star campaigners, candidates and political leaders, the EC said in its order.

Asked why the EC banned election campaigning only in the evening, a senior official told The Indian Express, “We have to strike a balance. It will be unfair to the candidates contesting in the remaining phases if they aren’t allowed to campaign at all. We have given strict instructions to our officers on the ground not to tolerate any violations.”

According to sources, the EC expects the ban from 7 pm to 10 am to curtail door-to-door campaigning and street plays organised by candidates.

In its letter to political parties, the EC said organisers will be responsible for providing masks and sanitisers to those attending their rallies and meetings at their own cost, which will be added to the election expenditure of either the party or the candidate. It urged star campaigners and candidates to lead by example.

Additional CEO Sanjay Basu said, “The Commission has taken a serious view of the casual approach (by parties) in maintaining the norms, particularly not wearing masks, or maintaining social distancing on dais.”

Minister Partha Chatterjee, who represented the TMC at the meeting held by the CEO, said, “If the last three phases were clubbed together, it would have probably saved many lives.” However, Chatterjee said, they were not in favour of curtailing the campaign.

CPM Rajya Sabha MP Bikash Bhattacharya, who attended the meeting along with senior leader Rabin Deb and others, said, “We have already completed four phases, there is no question of clubbing the rest of the phases or changing the election schedule.”

Swapan Dasgupta, who was part of the BJP delegation, said, “The BJP has assured that whatever decision the Commission takes, we will follow. We thank the EC for the way it has conducted polling so far. There is no point changing the schedule at this hour. We don’t support virtual campaigning. If it had been from the beginning, we wouldn’t have objected. Campaigning is also the right of a candidate.”

The BJP also wrote a letter to the CEO, West Bengal, defending the right to campaign. “The elections recently concluded in Bihar, Greater Hyderabad Municipal Corporation, Kerala, Tamil Nadu, Puducherry, Assam and the first four phases of West Bengal have not revealed any trend by which rise in Covid cases can be attributed to (the) democratic process,” said the letter signed by BJP leaders Bhupender Yadav and Dasgupta.

Added the letter, “Almost 46% of the Assembly constituencies have already been covered under (the) first four phases. By the end of the fifth phase (on April 17), 61% of the constituencies would have been covered. The balance 39% covers less than third of the area of West Bengal. In this limited area, the spread of Covid can be prevented by following Covid appropriate behaviour during the constitutional processes… By 17th April, the Commission would have effectively protected the rights of 61% of the state. The state and its people expect similar protection to the rights of the balance 39% of the constituencies.”

The BJP also lauded the EC for holding “peaceful and fair” elections. “The initiatives of the Commission ensured level playing field to smaller parties and Independent candidates and enhanced the sense of security of the electorate.”