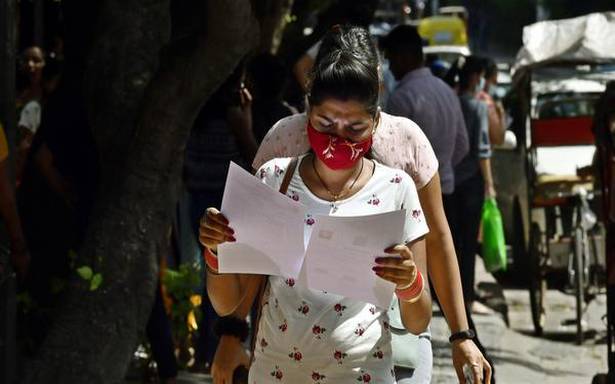 ‘Students from all Boards treated fairly’

As students from across the country knock on the doors of Delhi University (DU) for admission into its various undergraduate programmes, the university, in the absence of an entrance exam, is facing a challenge in admitting students from various school Boards solely based on cut-off percentages.

Colleges such as Shri Ram College of Commerce, Ramjas College, Hindu College and Hansraj College that released a 100% cut-off for admission to some of its courses have seen general category seats fill up as students from the Kerala Board of Higher Secondary Education have secured many of the seats with a best-four subjects’ score of 100%.

The high number of candidates with a score of 100% coming from the Kerala Board have seen some student groups on the DU campuses start a protest demanding that the university bring about a “moderation” process to ensure that candidates from all Boards have an equal opportunity to secure admission at the university.

“DU is bound to admit students satisfying all the eligibility criteria. It is a matter of shame that applicants are being discriminated against based on their Board,” said Akhil K.M. of the Student Federation of India, Delhi University.

Siddharth Yadav from the Akhil Bharatiya Vidyarthi Parishad (ABVP), which has been protesting at the admission office of the university, says that his organisation is demanding a process of “moderation” so that there is no regional skew in admissions.

The university added that being a prestigious Central University, it was its utmost responsibility to maintain justice and equity among all meritorious candidates.