Asserting that it exercises a choice which it believes is in its national interest, India on Tuesday said it has no difficulties with Russia on servicing of military equipment and spare parts in the aftermath of the war in Ukraine. 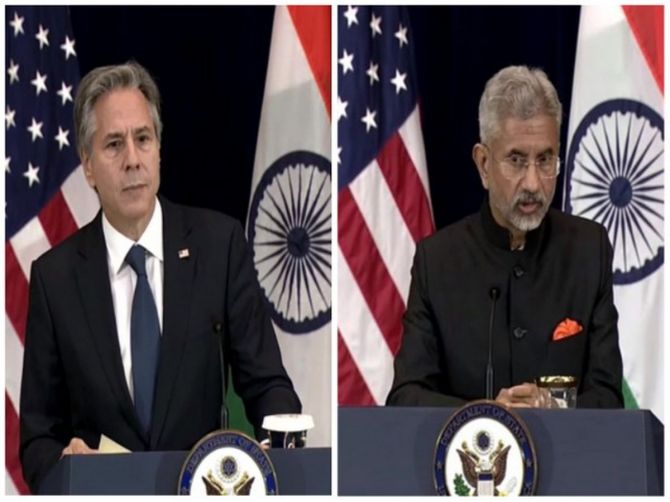 “On the military equipment (from Russia), to the best of my knowledge, I don’t think in recent months we have faced any particular problems in terms of servicing and spare parts supply of equipment that we have got in the past from Russia,” External Affairs Minister S Jaishankar told reporters at a joint news conference with US Secretary of State Antony Blinken.

“Where we get our military equipment and platforms from, that’s not an issue, honestly, which is a new issue or an issue which has particularly changed because of geopolitical tensions,” he said.

India, he noted, looks at possibilities across the world. “We look at the quality of technology, the quality of capability, the terms on which that particular equipment is offered, and we exercise a choice which we believe is in our national interest,” Jaishankar said.

In the last 15 years, for example, India has actually procured a lot from the United States, he said. “If you may consider, for example, aircraft — the C-17, the C-130, the P-8, or the Apache helicopter or the Chinooks or the Howitzers, the M777 Howitzers — we have done so from France when we recently bought their Rafale aircraft. We have done so from Israel,” the minister noted.

“So, we have a tradition of multi-sourcing and for us, how to get the optimal deal from a competitive situation is really what this is all about,” Jaishankar said in response to a question.