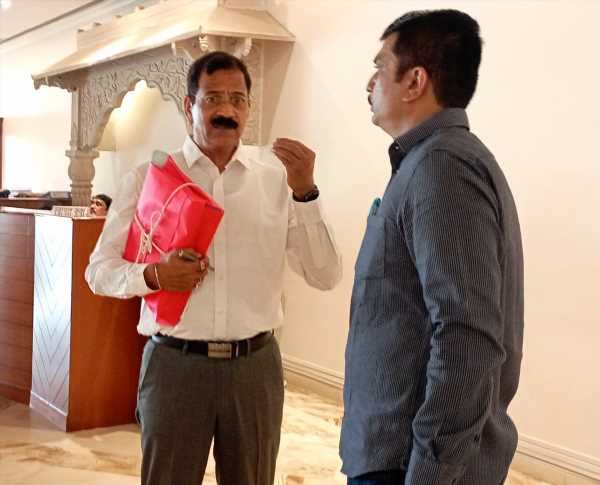 The foundation of the Bhima Koregaon case was blown to bits by a senior policeman, reports Jyoti Punwani.

The foundation of the Bhima Koregaon case was blown to bits by a senior policeman on Tuesday, December 20, 2022.

Ironically, and perhaps fittingly, this was done in front of Justice J N Patel and Sumeet Mullick, the two-member Commission of Inquiry investigating the violence that broke out on January 1, 2018 at Bhima Koregaon.

Retired police officer Ganesh More told the Commission which is holding its hearings in Pune that he had found no connection between the Elgar Parishad and the incidents of violence that took place around Bhima Koregaon on January 1, 2018.

This alleged connection is the basis of the Bhima Koregaon case in which 16 intellectuals and activists are in prison, some of them since 2018, under the stringent anti-terrorist law, UAPA. One of them, 84-year-old Jesuit priest Stan Swamy, died in custody.

The Elgar Parishad was a public meeting held in Pune on December 31, 2017 to commemorate the 200th anniversary of the battle of Bhima Koregaon, in which the British defeated the Peshwas with the help of Mahars on January 1, 1818.

Speakers at the meeting organised by two retired judges with the help of Dalit and progressive groups, called for an end to the ‘Navi Peshwai‘ (the new rule of the Peshwas), a term used for the ruling Bharatiya Janata Party.

The next day, Dalits making their way to Bhima Koregaon to pay homage at the Vijay Stambh there, were attacked by saffron flag-wielding men. The attacks degenerated into riots leaving one youth dead.

January 1 every year witnesses this annual pilgrimage by Dalits, but 2018 was the first time they were attacked. Ganesh More was then Sub Divisional Police Officer Daund (part of Pune district), equal in rank to Deputy Superintendent of Police. He was the senior officer in charge of bandobast in the area on January 1, 2018.

On that day, while on duty at village Vadhu Budruk from 8 am to 11.15 am, More dispersed a gathering of around 1,200 men wielding saffron flags, he told the Commission.

Thereafter, he was called to Bhima Koregaon where violence had broken out and tear gas had to be used to disperse the mob there. He remained there till 4 pm.

More was later put in charge of the investigation into the incidents of violence that took place that day.

As such, he is an important witness for the Commission, and his cross-examination has been going on over the last many months.

More was part of the police team involved in settling the violent dispute that took place in the village Vadhu Budruk on December 29, 2017.

The dispute arose over the installation of a board by the Gaekwad family, that pointed the way to the samadhi of their ancestor Govind Gopal Mahar, located in the village.

The board stated that Govind Gopal Mahar had performed the last rites of Sambhaji Maharaj, son of Chhatrapati Shivaji, in defiance of Emperor Aurangzeb’s firmaan.

Sambhaji Maharaj had been killed on Aurangzeb’s orders, and his samadhi lies in Vadhu Budruk.

The board was pulled down by a group of Marathas who believe that the last rites of Sambhaji Maharaj had been performed by their ancestors, the Shivale Deshmukh family. The Marathas also damaged the canopy that covered the samadhi of Govind Gopal Mahar.

This vandalism led to further violence, and cases were filed against each other by the Marathas and the Dalits, who also invoked the SC ST (Prevention of Atrocities) Act.

However, in view of the upcoming celebration of the 200th anniversary of the Bhima Koregaon battle, for which Dalits were expected to visit the area in large numbers, the police persuaded the two communities to settle the dispute on December 31, and the cases were withdrawn, except those under the Atrocities Act, under which compromise is not possible.

Given this incident, revealed More, the police were expecting trouble in the forthcoming days.

“We were discussing the law and order problem and the possibility of the outbreak of riots in village Vadhu Budruk and other villages between 28th December, 2017 to 3rd January, 2018,” he said in reply to a question by Rahul Makhare, the advocate for the Bahujan Mukti Party, Ahmednagar. This reply confirms initial reports about the January 1 violence, which ascribed to the tension generated by the Vadhu Budruk dispute.

Both had opposed the celebration of the anniversary of the Bhima Koregaon battle, and what they described as ‘wrong history’ regarding the last rites of Sambhaji Maharaj.

Incidentally, More was also the officer who arrested Milind Ekbote based on this FIR, He filed the counter affidavit in the Supreme Court opposing Ekbote’s anticipatory bail application, in which he spoke about Ekbote’s ‘active participation in conspiring to commit offences which put the social fabric as well as law and order in peril.’

Thus coming from him, the assertion that he had found no link between the violence of January 1. 2018 and the Elgar Parishad held the previous day, becomes significant.

In reply to questions by Advocate Makhare, More twice gave the same answer: “In my investigation, I did not come across any material to indicate that the Elgar Parishad held on 31st December, 2017 at Shaniwar Wada, Pune, had any connection with an outbreak of riots which took place on 1st January, 2018.”

“I did not come across any information or material to show that the incident of riots which took place on 1st January, 2018, were the result of holding of Elgar Parishad on 31st December, 2017 at Shaniwar Wada, Pune.”

The Elgar Parishad ‘connection’ was brought in later in a subsequent FIR, which then became the basis for the arrest of the ‘Bhima Koregaon 16’ first by the Pune Police and then by the National Investigation Agency.