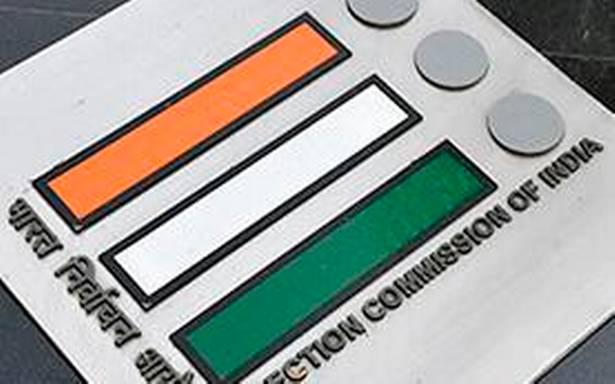 Postal ballot introduced for first time in the State

The Election Commission of India (ECI) promised a zero tolerance approach towards the use of muscle or money power during Manipur’s upcoming Assembly elections, during a review of the State’s poll preparedness held on Wednesday. It also directed that a strict vigil be kept on the international border with Myanmar to ensure no unlawful transit or infiltration.

With the State Assembly’s term due to expire on March 19, elections are scheduled for 60 Assembly constituencies. During the virtual review meeting chaired by Chief Election Commissioner Sushil Chandra, political party representatives raised “concerns about use of money power, illicit liquor, narcotics drugs and intimidation to influence voters [and] requested a strict vigil on election expenses by candidates”, said an ECI statement issued after the meeting. Expressing fears of pre-poll violence, they demanded deployment of adequate security forces, and also urged that strict COVID-19 protocols be implemented.

The Commission reiterated that “it has zero tolerance for misuse of money or muscle power or partisan behaviour of State machinery vitiating free and fair elections”, the statement said, with Mr. Chandra promising strict action against erring officials, and the deployment of Expenditure Observers to ensure inducement-free elections. He also explained that the ECI’s cVIGIL app mechanism would be available to register complaints of code of conduct violations, apart from the toll free number 1950.

While reviewing law-and-order issues, the Commission directed that deposition of licensed arms in the State should be expedited. The CEC “also directed for strict vigil on the international border to ensure no unlawful transit and infiltration across borders,” said the statement. The State shares a border with Myanmar.

Mr. Chandra raised concerns regarding the low vaccination rate in the State and emphasised the need for 100% vaccination of all polling staff. In order to avoid crowding at polling booths, the maximum number of electors per station has been reduced from 1,500 to 1,250. A postal ballot facility will be provided for the first time in the State, for absentee voters, including almost 42,000 people above the age of 80 years, more than 14,000 persons with disabilities, as well as those infected with or suspected to have COVID-19. According to the electoral roll published on Wednesday, the State has 20.35 lakh electors, including 38,384 first time electors who now make up 2.6% of the total, in comparison with just 0.56% during the last polls in 2017.

The parties that participated via video conferencing included the Trinamool Congress, the Bharatiya Janata Party, the Communist Party of India, the Communist Party of India (Marxist), the Indian National Congress, the Nationalist Congress Party, the Naga People’s Front, the National People’s Party, and the Peoples Democratic Alliance. Discussions were also held with State officials and police regarding logistics, budget, and law and order arrangements.