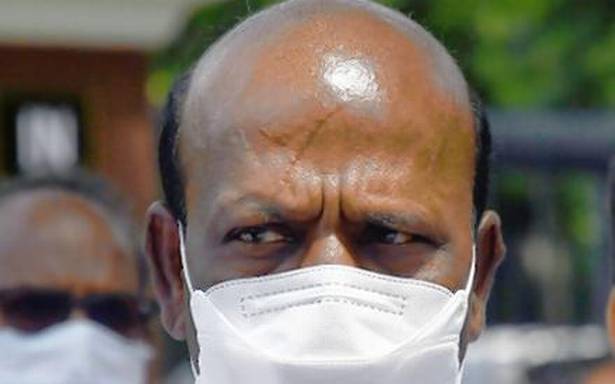 This will take the total number of medical seats in the State to 9,100

Earlier, permission was granted for an intake of 150 each in the new medical colleges at Virudhunagar, Kallakurichi and the Nilgiris. The medical colleges at Ramanathapuram, Namakkal, Tiruvallur and Tiruppur were permitted to admit 100 students each, with another 50 seats each pending for approval.

During inspections, the team had pointed out to minor deficiencies, such as furniture and books for library. The deficiencies were rectified and the Director of Medical Education visited Delhi three times in the last 15 days, he said.

The Minister said that he along with officials met the Union Health Minister in Delhi and stressed on the need to grant approval for the remaining seats in this academic year.

“Now, we have received the nod for 150 seats each at the new medical colleges in Krishnagiri, Dindigul, Nagapattinam and Ariyalur. Already, 850 seats were approved, and now 600 have been approved, taking the total number of seats to 1,450. The State government has sought another 100 seats at the Coimbatore Medical College, which presently has an intake of 150 seats. This is under consideration and the chances are high to get the nod this year,” he added.